What does turn-of-the-century Paris have to do with me? Not much really, except that the gang of modernist artists that inhabited the ramshackle studios of Montmartre at that time are a source of endless inspiration to me.

I've been re-reading an out-of-print book entitled The Adventurous World of Paris 1900-1914 - a delicious way to spend my holiday reading time. I picked it up about 10 years ago at a thrift store in Seattle, while studying the Art Nouveau era. 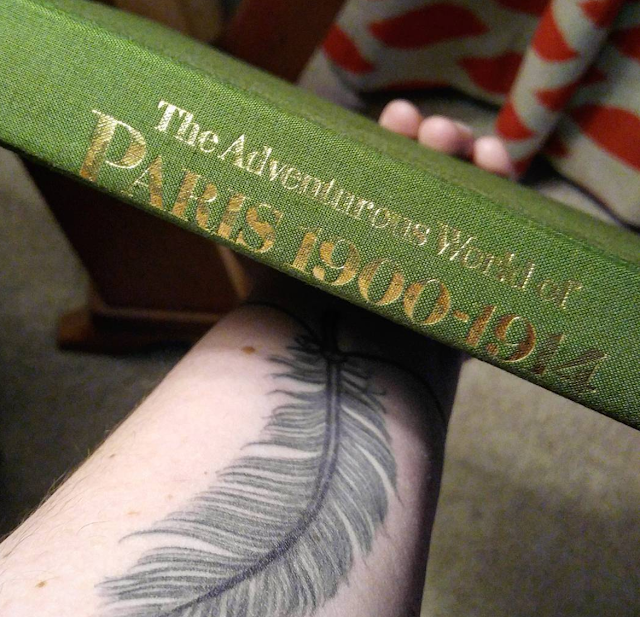 Pouring over these art narratives reminds me that my little studio at the Continental Gin Building in Dallas has an exciting lineage. And while I don't think that I'm on the brink of a fresh new art movement, I know in my bones that my work is a descendant of the Belle Époque era.

Below is a photo from 1904. It depicts art pupils in the Paris studio of the popular painter Adolphe Bougereau. Their model is on the far left, standing on a makeshift wooden stage. And the wood easels, a design that has changed very little since its inception, are peppered throughout the space. 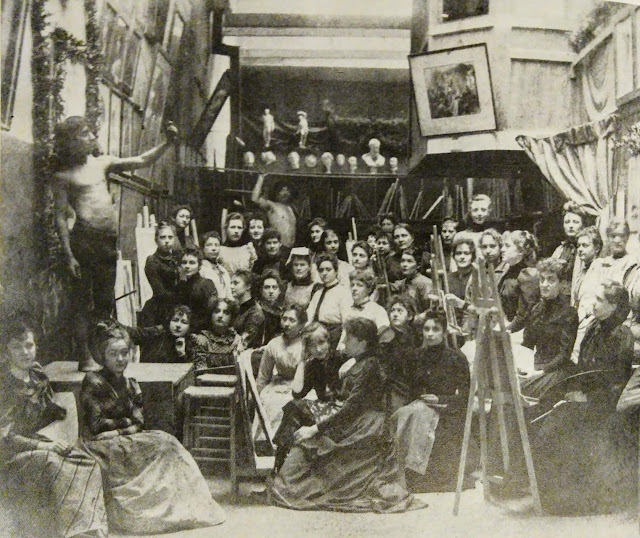 My studio mate, the talented figurative painter Jay Bailey, hosts a recurring drawing club in our studio. This is a time when our art community comes together to practice drawing and painting from life. Our studio was built in 1888 - 25 years before Picasso lands at the Lapin Agile in Monmartre. Below are some photos from our most recent gathering. 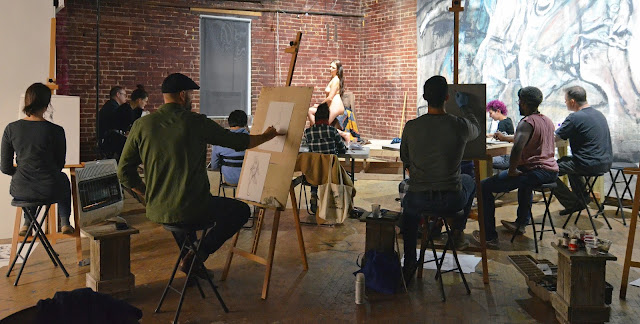 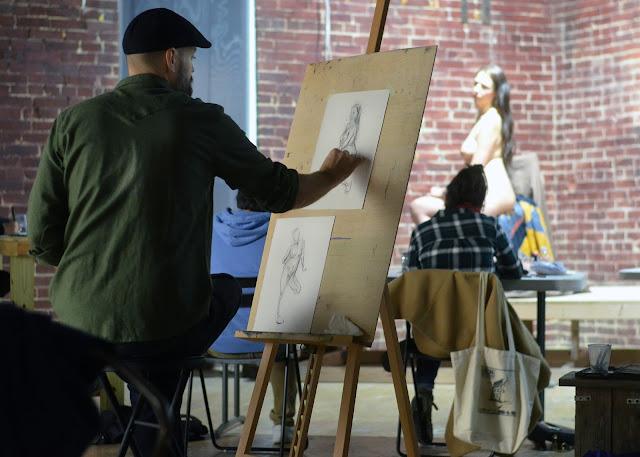 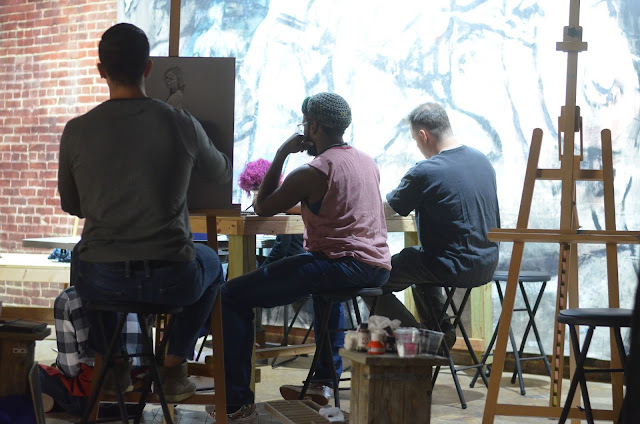 Below is a photo of the famous Lapin Agile located in the centre of the Montmartre district in the 18th arrondissement of Paris, behind and slightly northwest of Sacre Coeur Basilica. This cafe and cabaret was the favorite haunt of artists like Picasso, Modigliani, Apollinaire, Utrillo, and so many more. 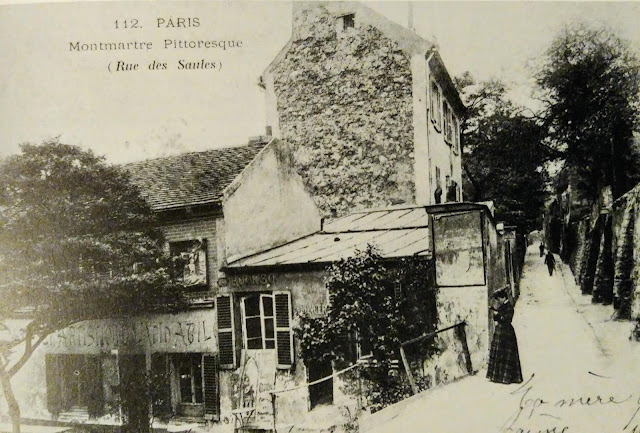 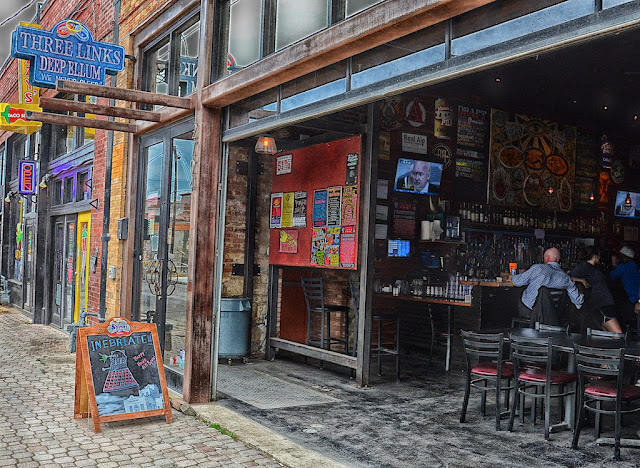 Both neighborhoods also have a long history of amazing public art and mural work. The rabit on the left was painted onto the walls of the Lapin Agile. And the owl on the right is one of 46 public murals in Deep Ellum. 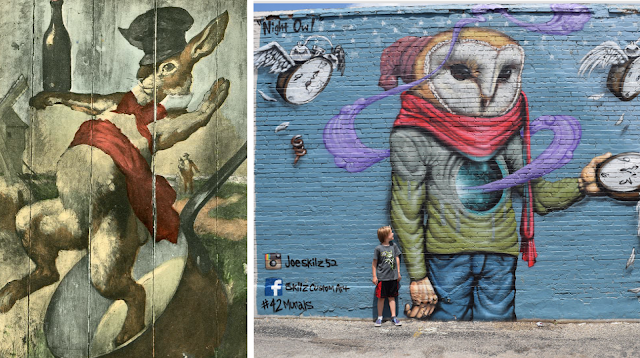 The similarities continue. Below is a photo of Le Bateau-Lavoir, a dark and dirty building that housed many live/work art studios during the early 1900s. Picasso had a studio here for a year or so. Le Bateau-Lavoir means "the boat wash-house", a name was coined by French poet Max Jacob (a friend of Picassos).

The building was described as scrap pile rather than a dwelling. On stormy days, the building swayed and creaked, reminding people of washing-boats on the nearby Seine River, hence the name. The structure was a manufacturing facility in the previous century. 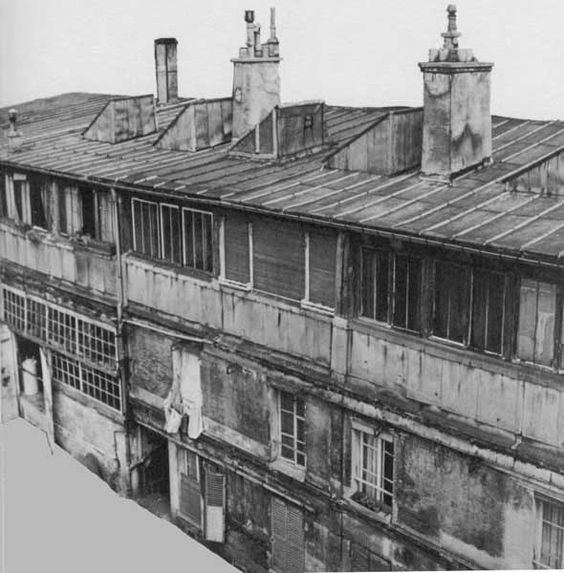 Like Paris' Bateau-Lavoir, Dallas' Continental Gin Building was once a manufacturing warehouse, both became the creative home to many of the city's artists, and both have three floors of open studio space. Below is a photo of the Continental Gin building, which houses the studios of sixty Dallas artists. 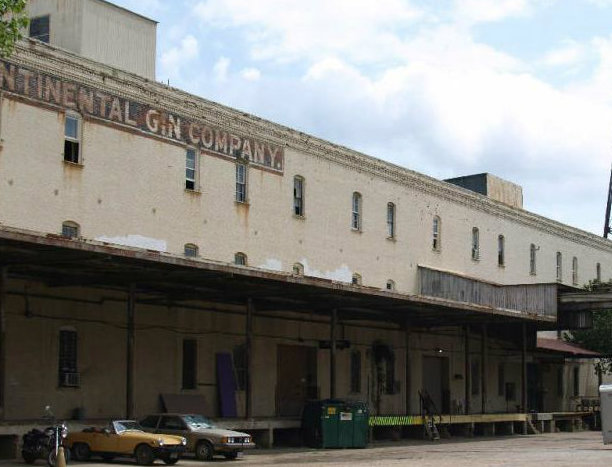 The other similarity is that both Monmartre and Deep Ellum have a tall iconic structure. The windmills of Montmartre and the water tower of Deep Ellum have become the architectural mascots of these two art-centered neighborhoods. Below is a photo of the slope of Paris' La Butte crowned by the Moulin de la Galette. 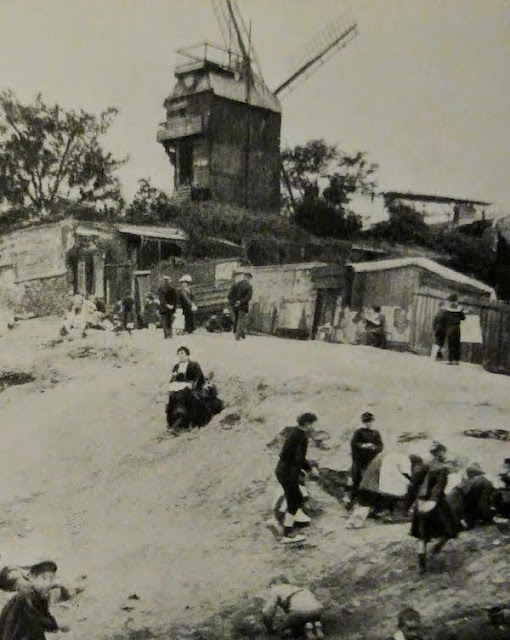 Below is a photo of the water tower, which overlooks the Continental Gin Building and Deep Ellum beyond. It's one of the most photographed structures in the neighborhood. 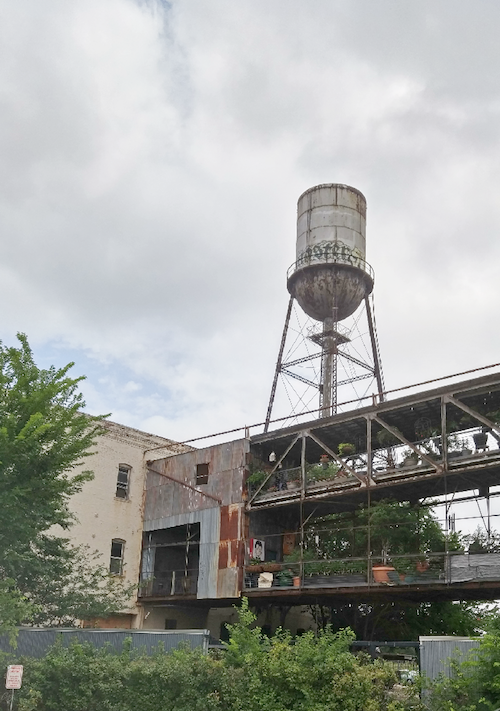 In Montmartre: Picasso, Matisse and the Birth of Modernist Art

The Last Bohemia: from Monmartre to the Latin Quarter

And to better understand Paris' turn-of-the-century art scene, here are some other titles:

Tropic of Cancer by Henry Miller

Autobiography of Alice B Toklas by Gertrude Stein

Or just read the works of writers who were in Paris at the beginning decades of the 1900s:

Fascinating! Love all the similarities.
A couple I love reading about are Gerald and Sara Murphy. Wealthy Americans living in France during this time. Many say they created the French Rivera scene, and helped support several of the artists and writers you named. "Everybody was so Young" is a great book about them!

I'm so excited for you! The parallels between then and now are uncanny!
(I'm sure you read The Paris Wife - I believe that was the name the novel about Hemmingway's wife, Hadley Richardson...) I'd like to read the book you mention here as well as a couple of others on the list. Thanks for compiling it. I can only wish I had more artistic talent, but that doesn't keep me from appreciating it. Good for you!