Every once in a while I run into a little bit of unknown history about bohemian culture in the USA. It's always such a delight to get a glimpse into the counter cultures of yore. The Krazy Kat Klub, a bohemian speakeasy and night club near Thomas Circle in Washington DC, was in operation during the early part of the 20th Century. At the helm of this boho lair was Cleon Throckmorton, a portraitist and theater scene designer who encouraged all sorts of drinking, smoking, art and shenanigans.

In 1919, a reporter for the Washington Post described the Krazy Kat Klub as being “something like a Greenwich Village coffee house”, featuring “gaudy pictures created by futurists and impressionists.” It was also mentioned in the published diary of Washington, D.C. resident Jeb Alexander, who described the club as a “Bohemian joint in an old stable up near Thomas Circle - a gathering place for artists, musicians, atheists and professors.” Sounds like my kind of place!

The big feature of the Krazy Kat Klub was a tree house built in the center of an outdoor courtyard. Visitors could climb into the treehouse, have a smoke and order drinks. Here are some photos of the Krazy Kat Klub and it's clientele below. Notice the sign above the door that says, "All soap abandon ye who enter here!" 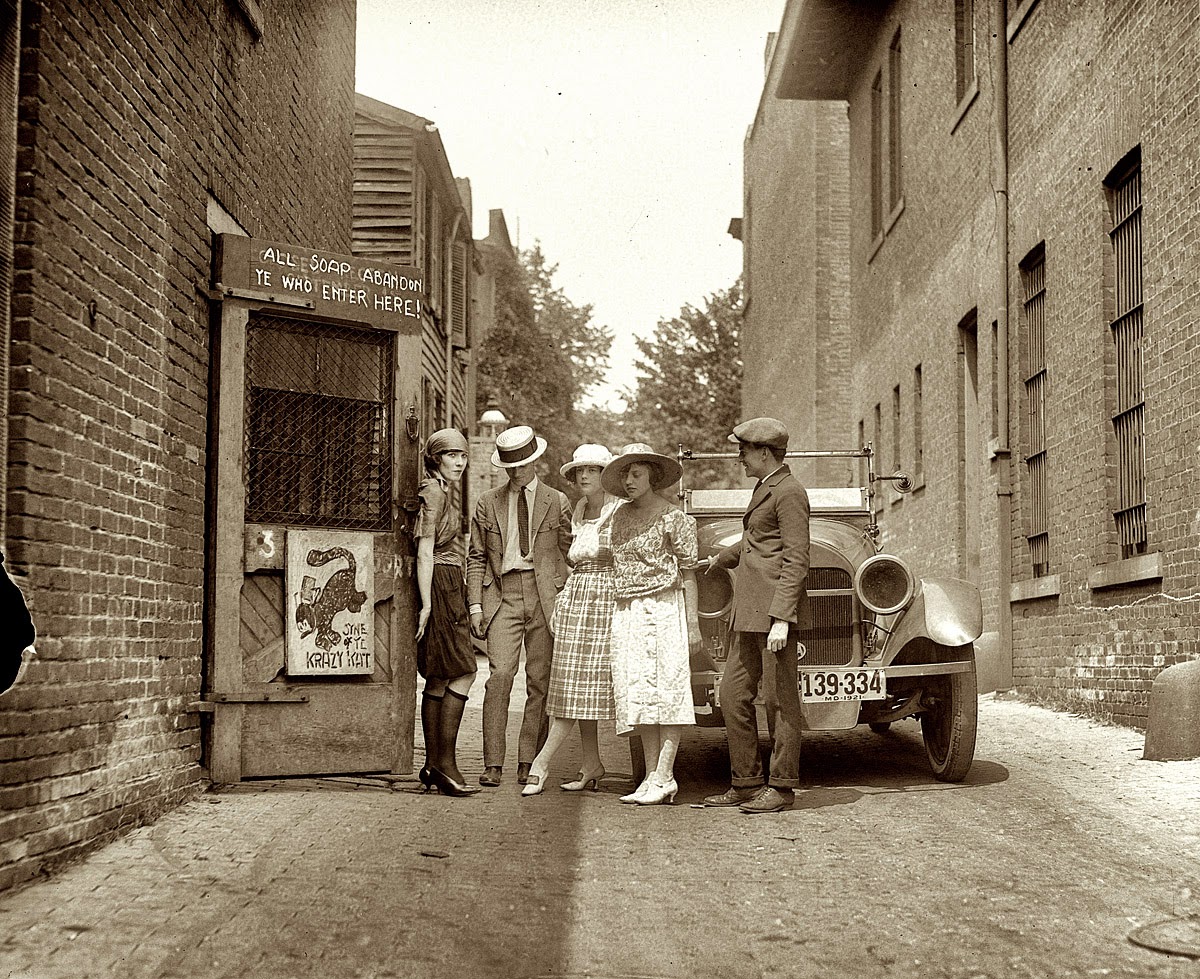 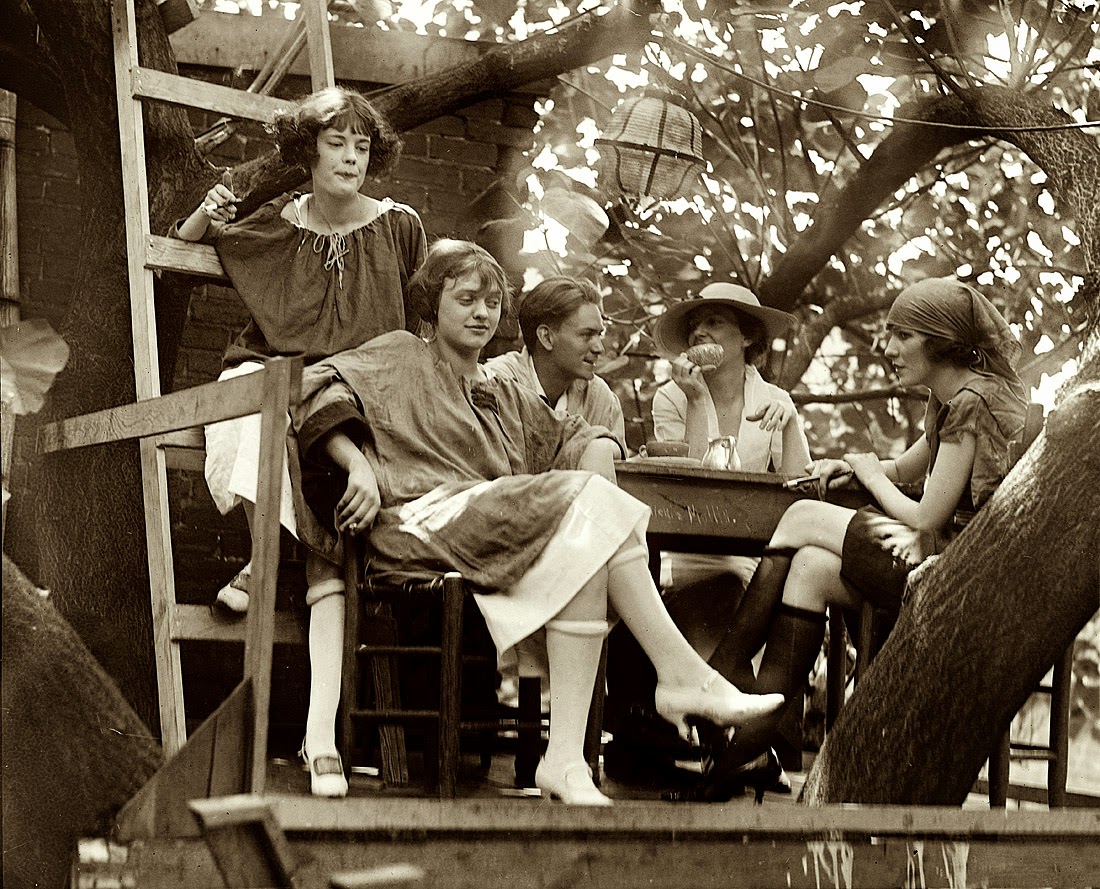 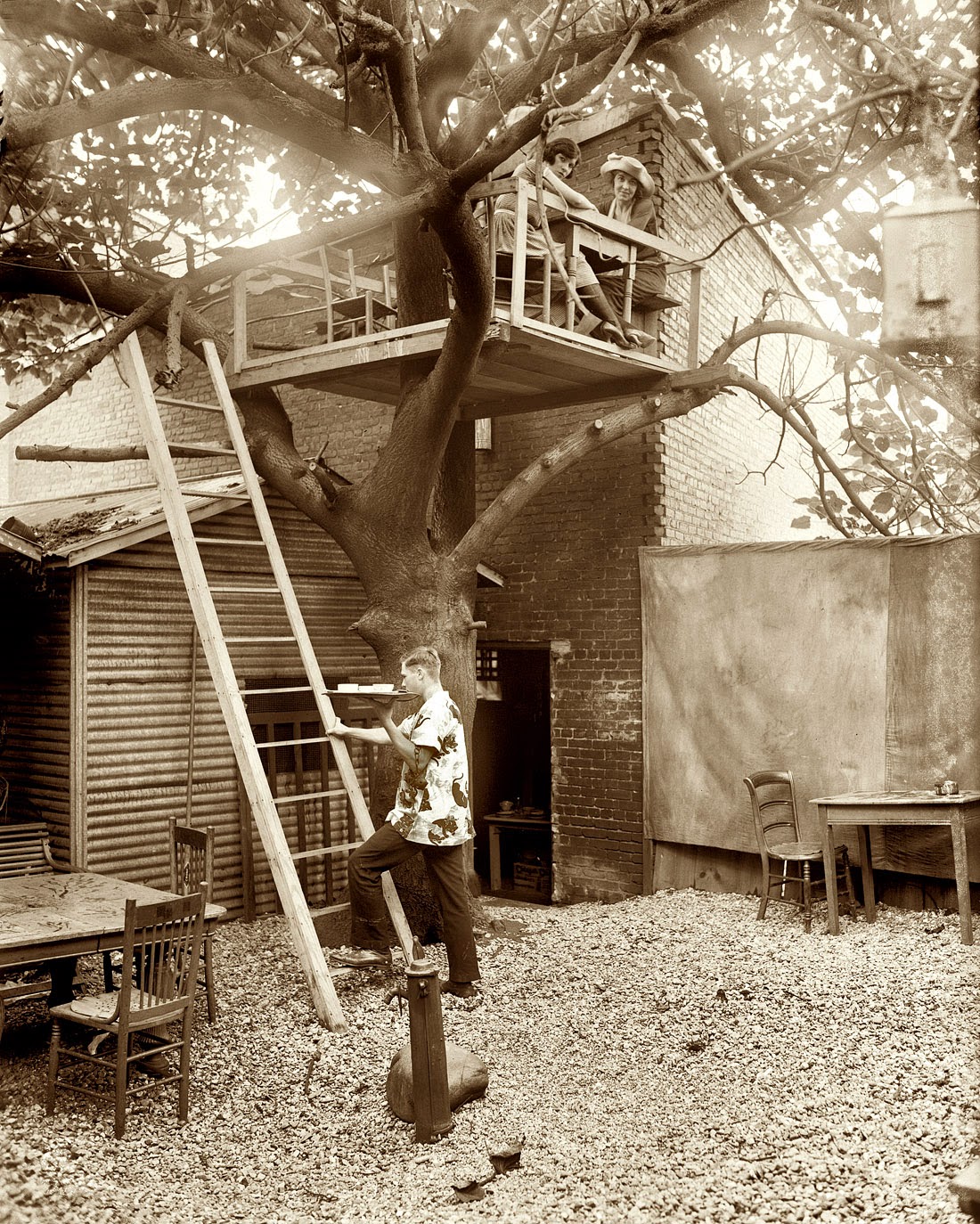 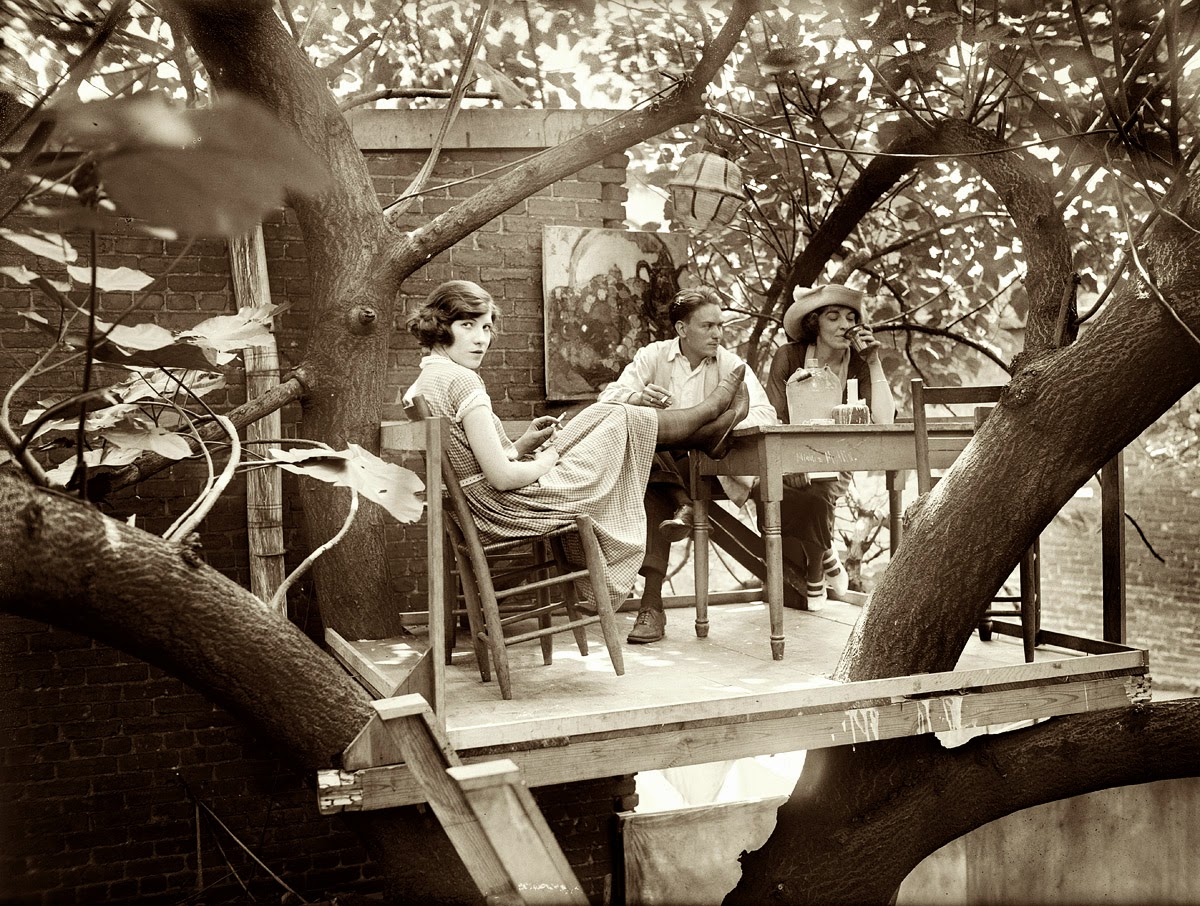 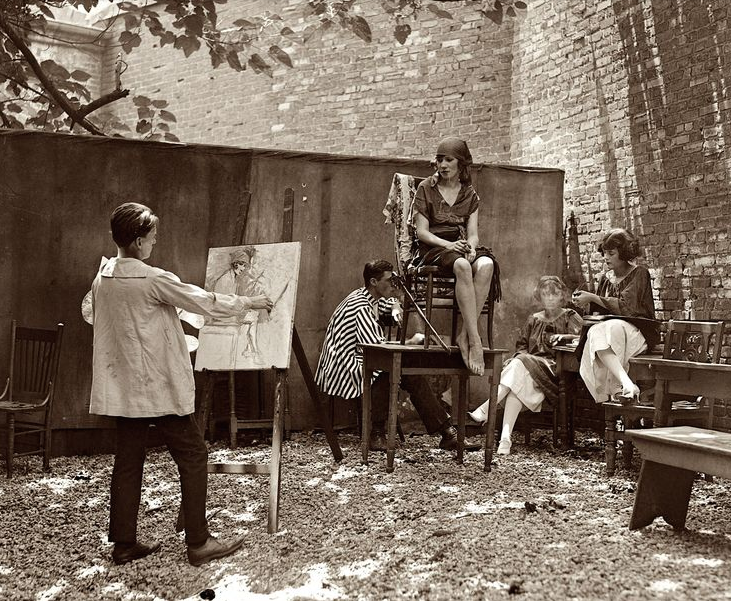 All photos via Shorpy
Email ThisBlogThis!Share to TwitterShare to FacebookShare to Pinterest