Squam Art Workshops and Back Again 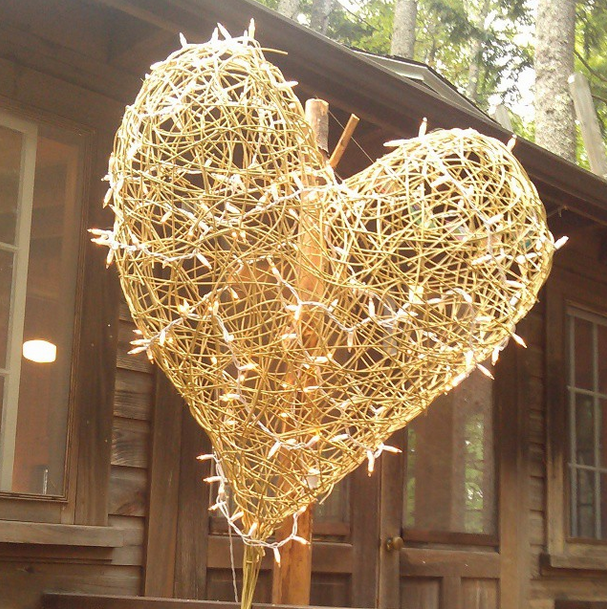 My five days at the Squam Art Workshops are over. I'm back home in Dallas. Actually, I've been back for a week, but haven't been able to gather my thoughts until now. This trip came right on the heels of my brother's sudden death and as I mentioned earlier, I wasn't sure if I could go. But I did go and best of all, I was able to go with my mother. She and I shared a lone second-story bedroom in this gorgeous cabin (below) overlooking Squam Lake.

The sun rose each morning, bringing with it a flood of light into our sleeping quarters. It was a gorgeous reminder that the earth is turning and dark nights are always followed by new days. What a gift. This alone - a beautiful and rustic room with windows overlooking a New Hampshire Lake - this alone would have made the trip worthwhile. 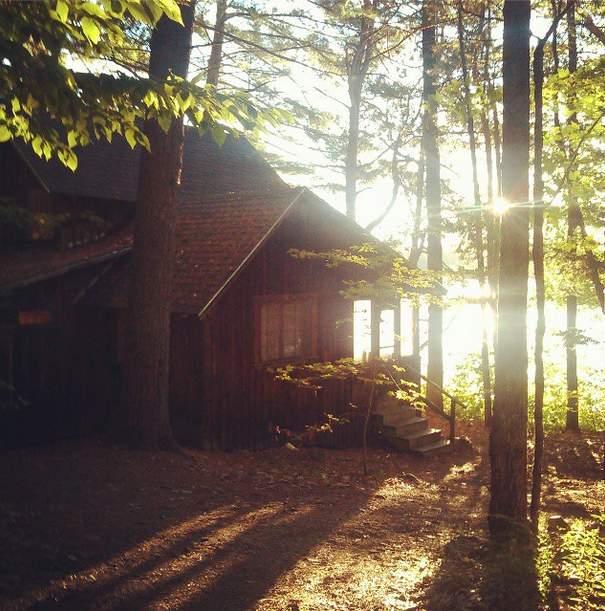 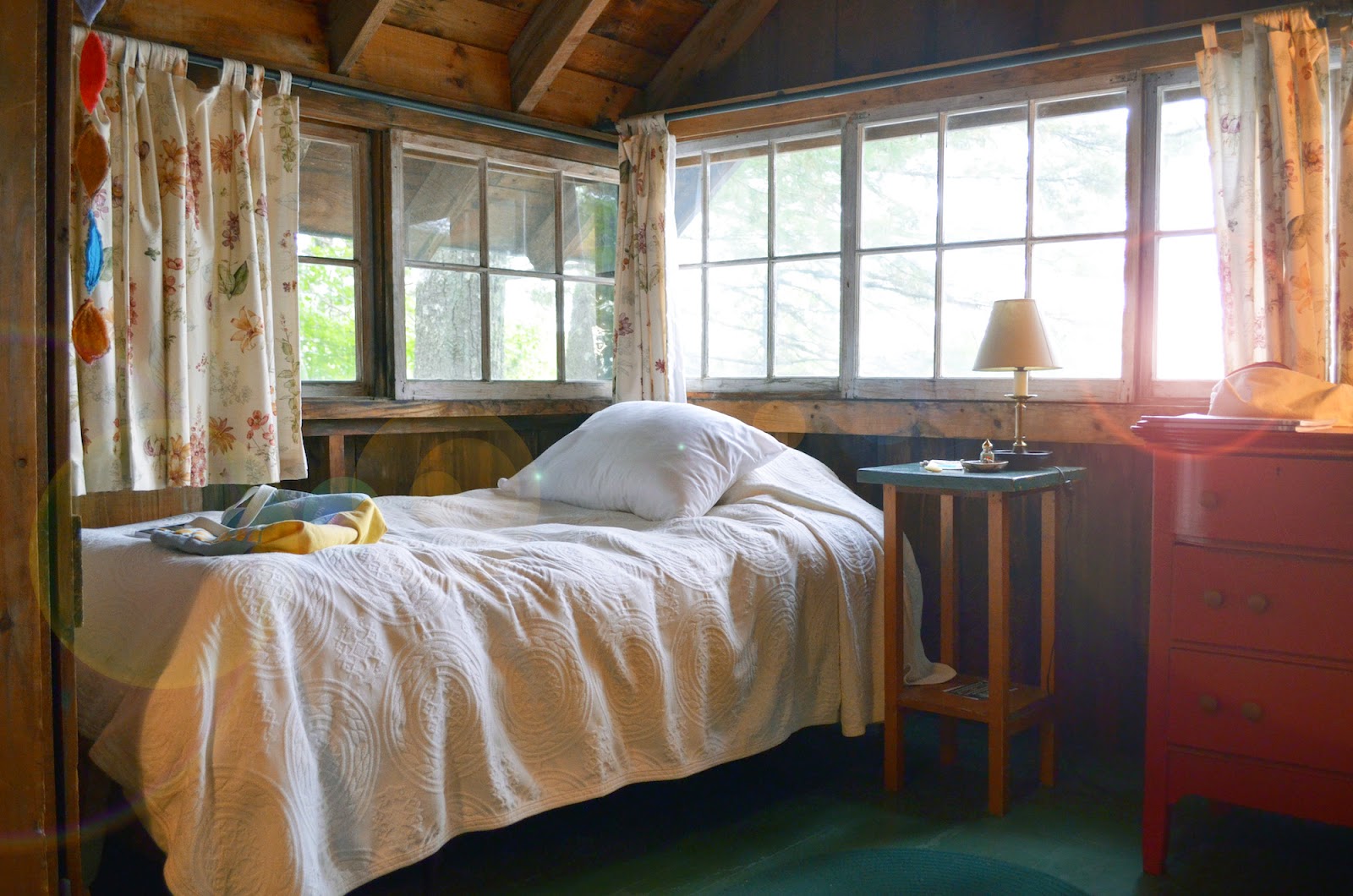 Squam Lake and the surrounding woods revealed it's gifts little by little, leaf by leaf. In New Hampshire, autumn was taking her first cool breaths. The trees were mostly green, but if you leaned in and allowed your eyes to settle in one place, you could see the red and orange painted tips here and there. It's all changing. Every moment, we're in transition. 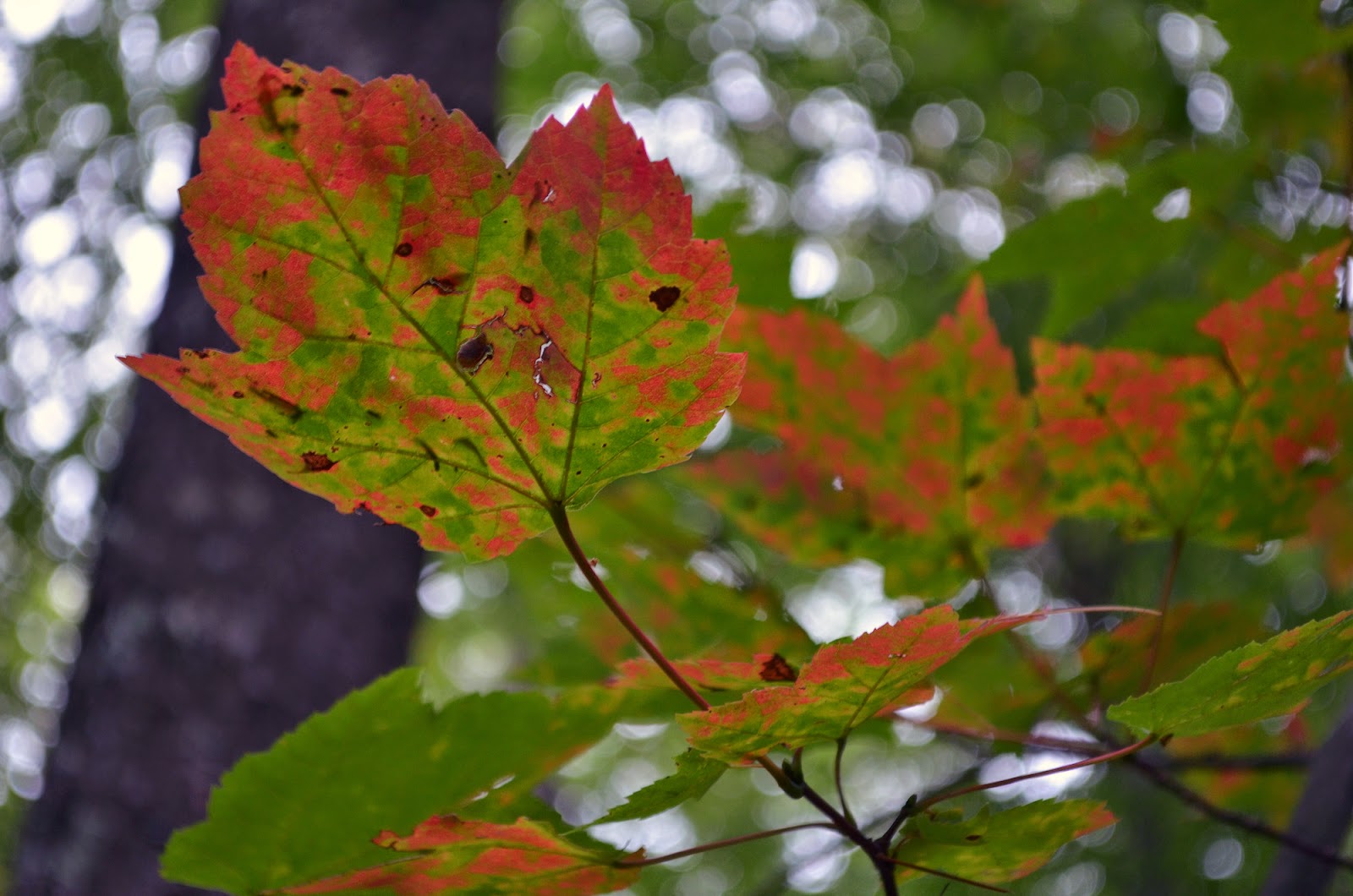 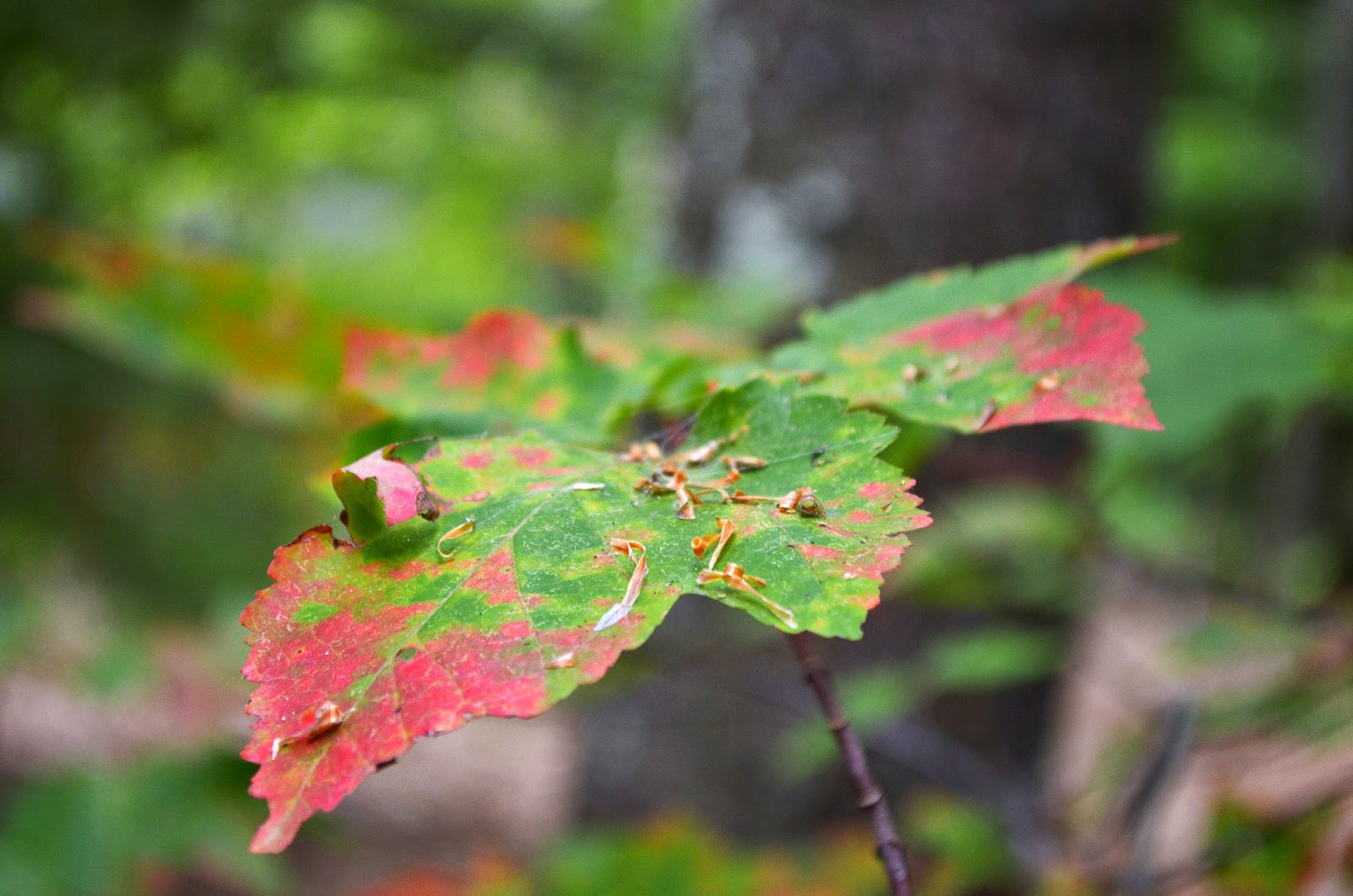 And then there was the water. Oh, the heavenly water. There is no better way to clear your head and renew your body on a cellular level than to immerse yourself in a natural water source. The campground that hosts the Squam Art Workshops is called Rockywold Deephaven and each little cabin has it's own dock access.

In the mornings, when the light was new and the air was crisp, I walked out our cabin door onto a path of dead pine needles to the water's edge. The dock would creak a bit as I stepped onto the old wood. The water color was ever-changing: gray, then green and then blue as the sun rose in the sky. Swimming in Squam Lake was like a full immersion baptism and the water was the presiding priestess, made holy by her own presence. 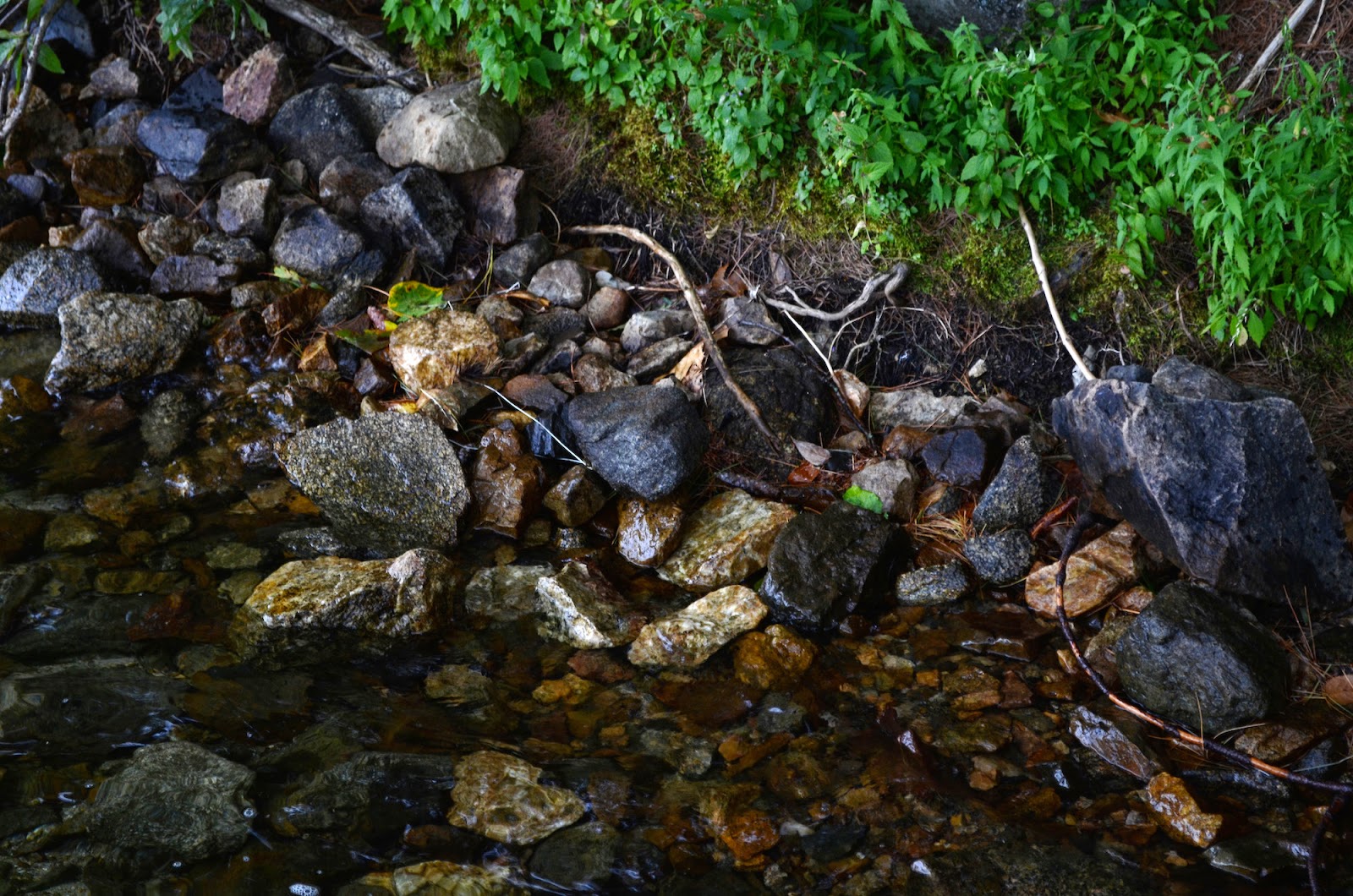 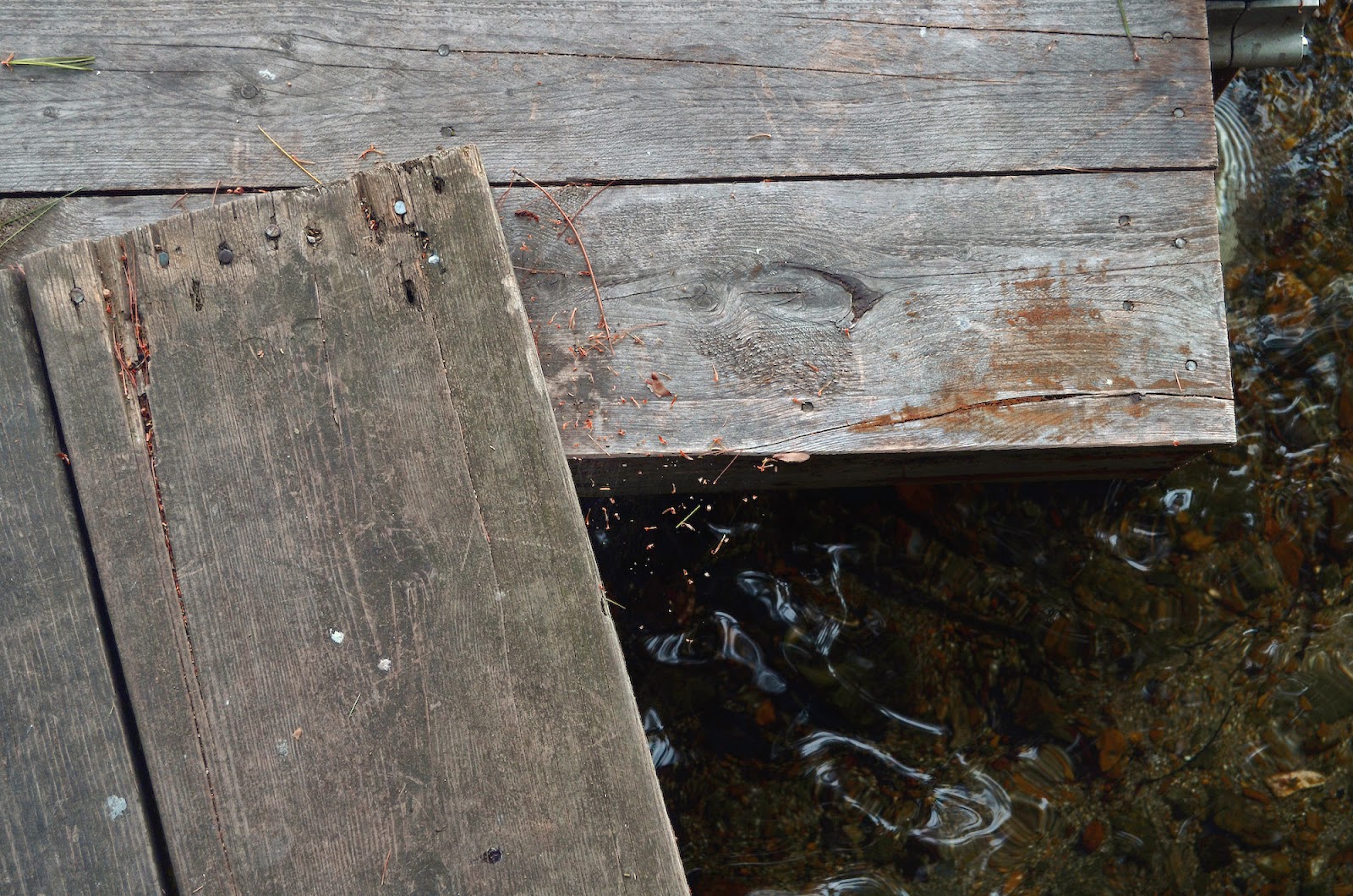 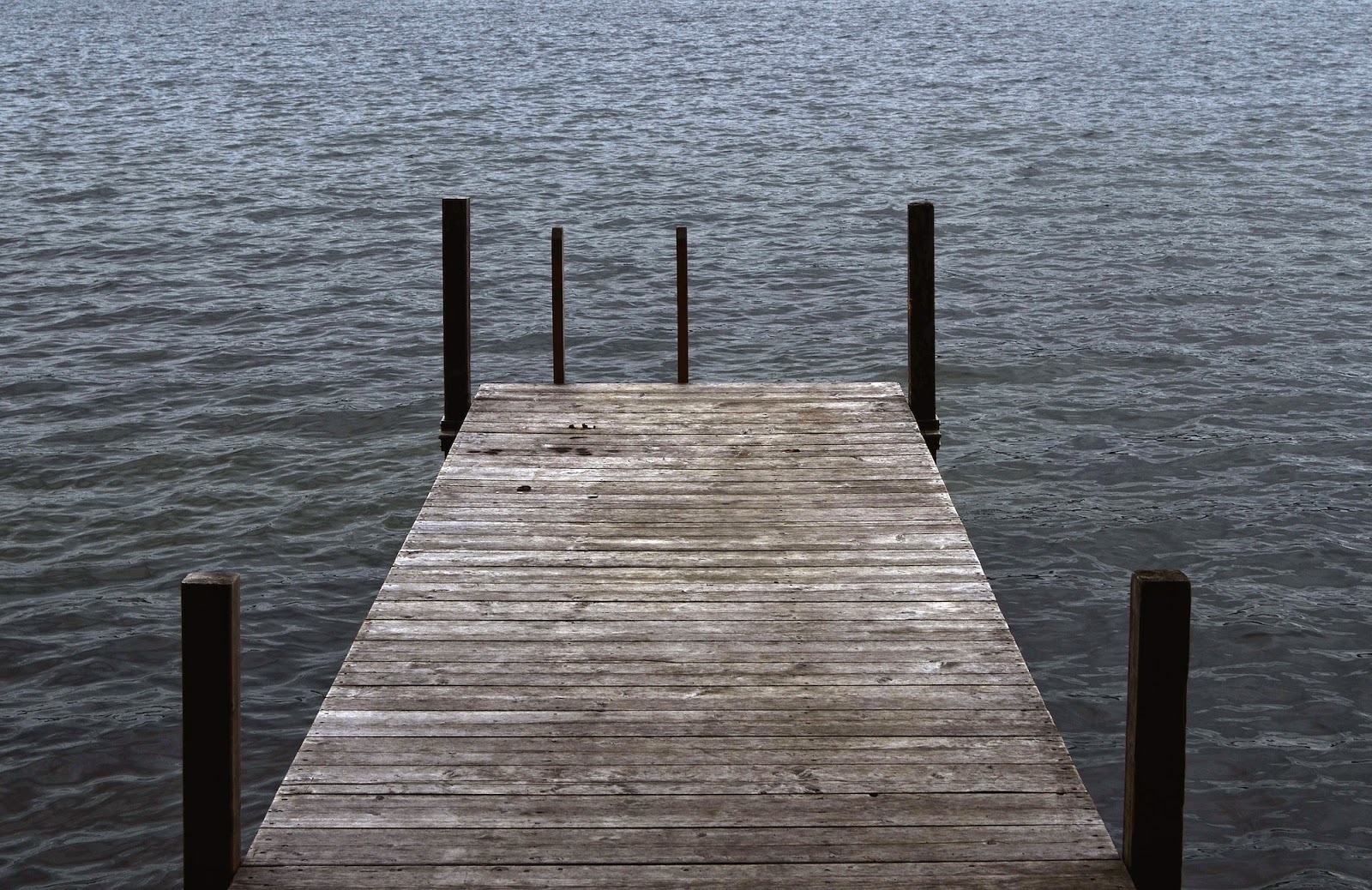 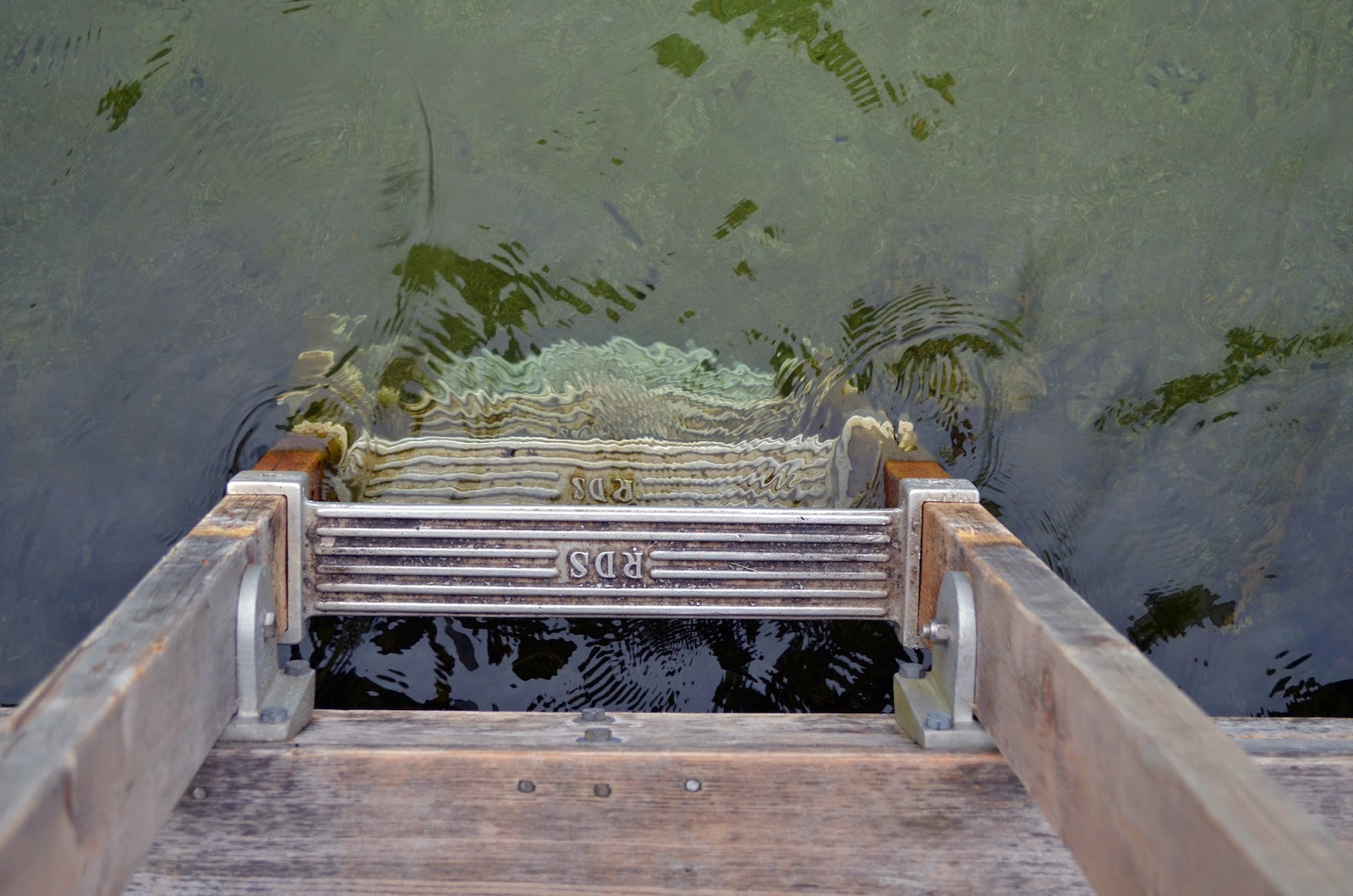 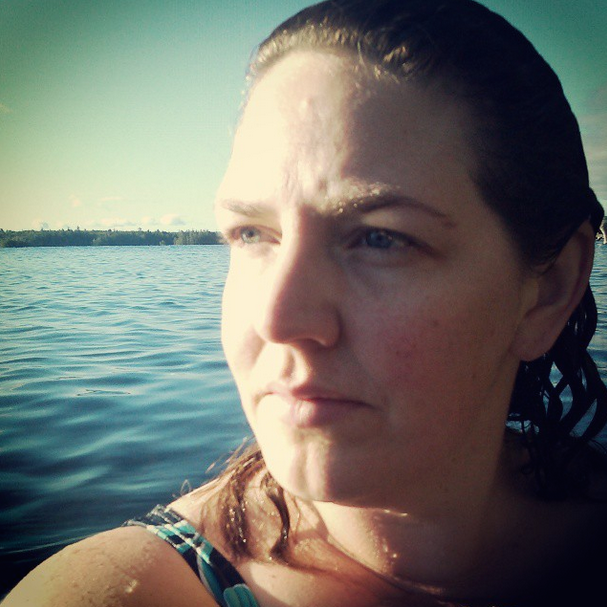 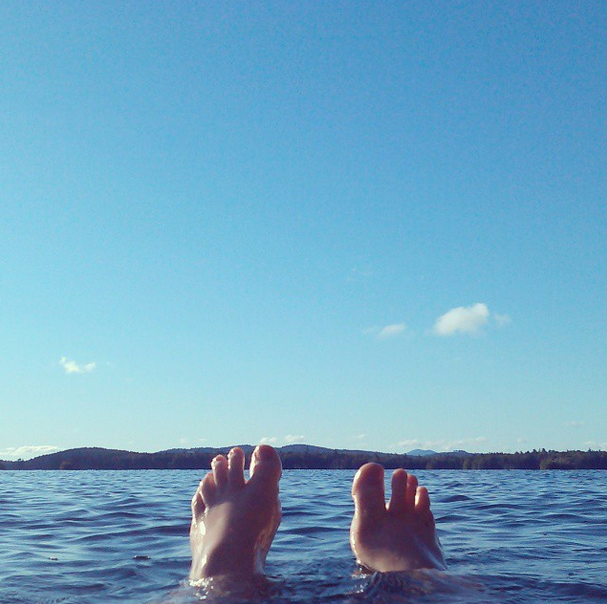 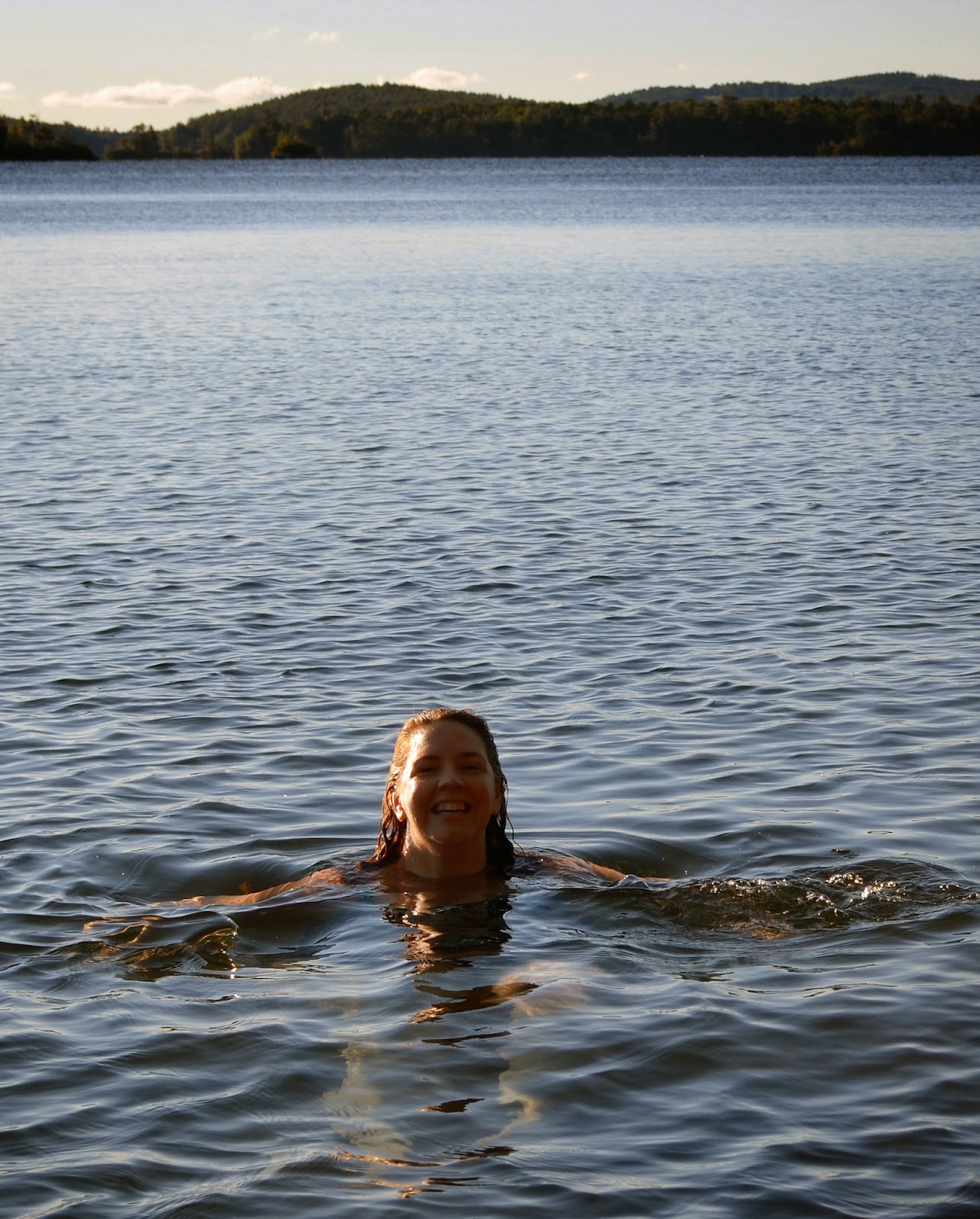 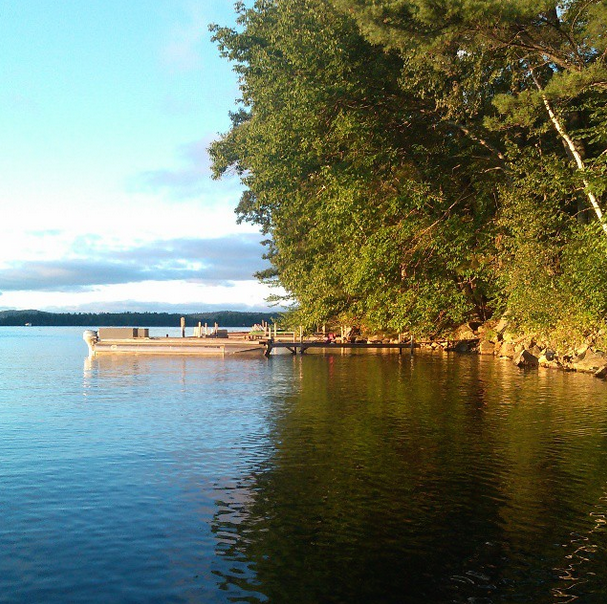 Squam Lake made space for serenity and sadness to coexist in my body. It provided a place to play and stretch and ruminate and ease into my grief. This time was a gentle reminder that it's alright to laugh a little when the whole world seems to be crumbling around you. There is joy in grief, celebration in sorrow and life in loss. These things all live together in each of us. 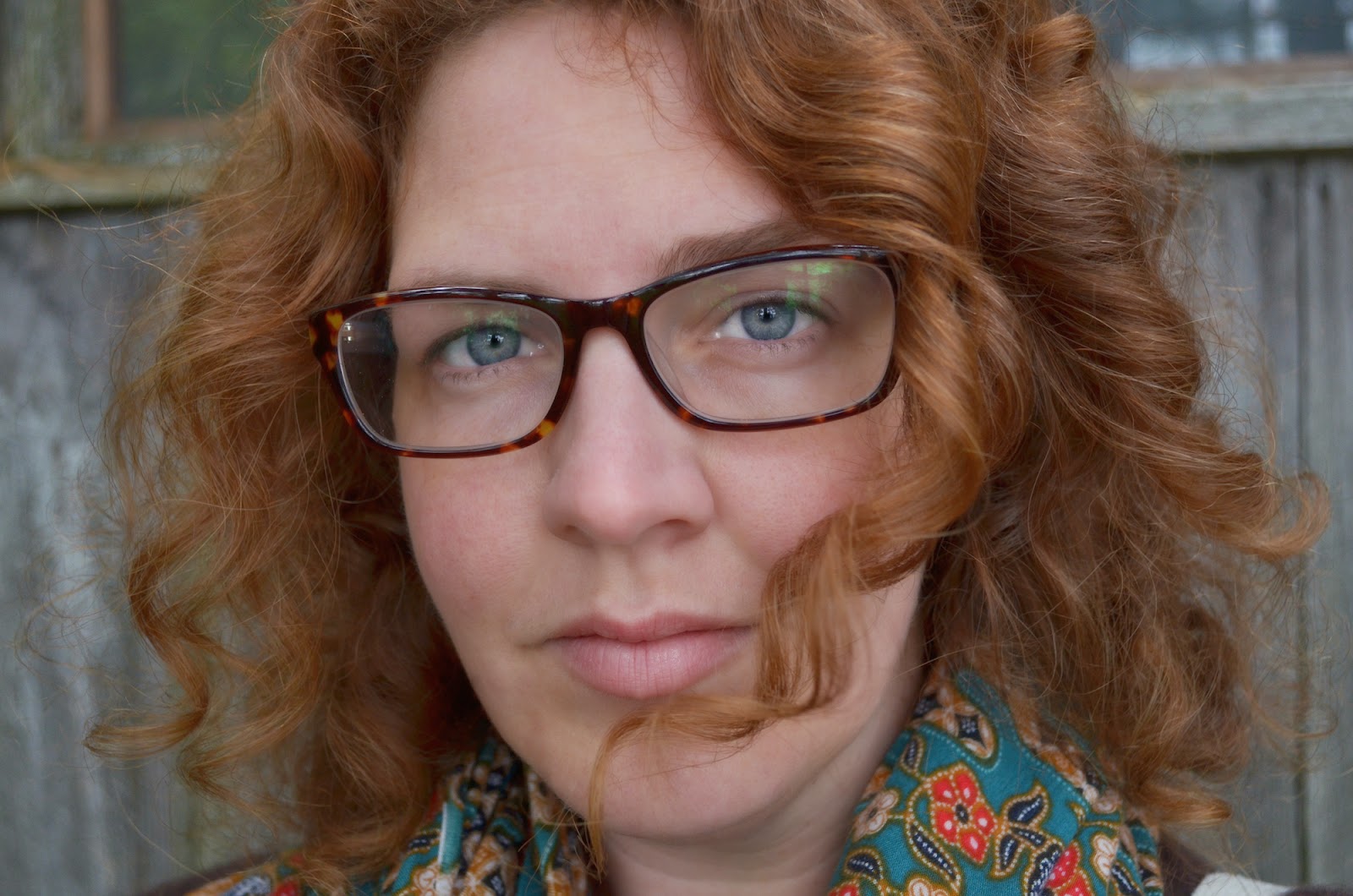 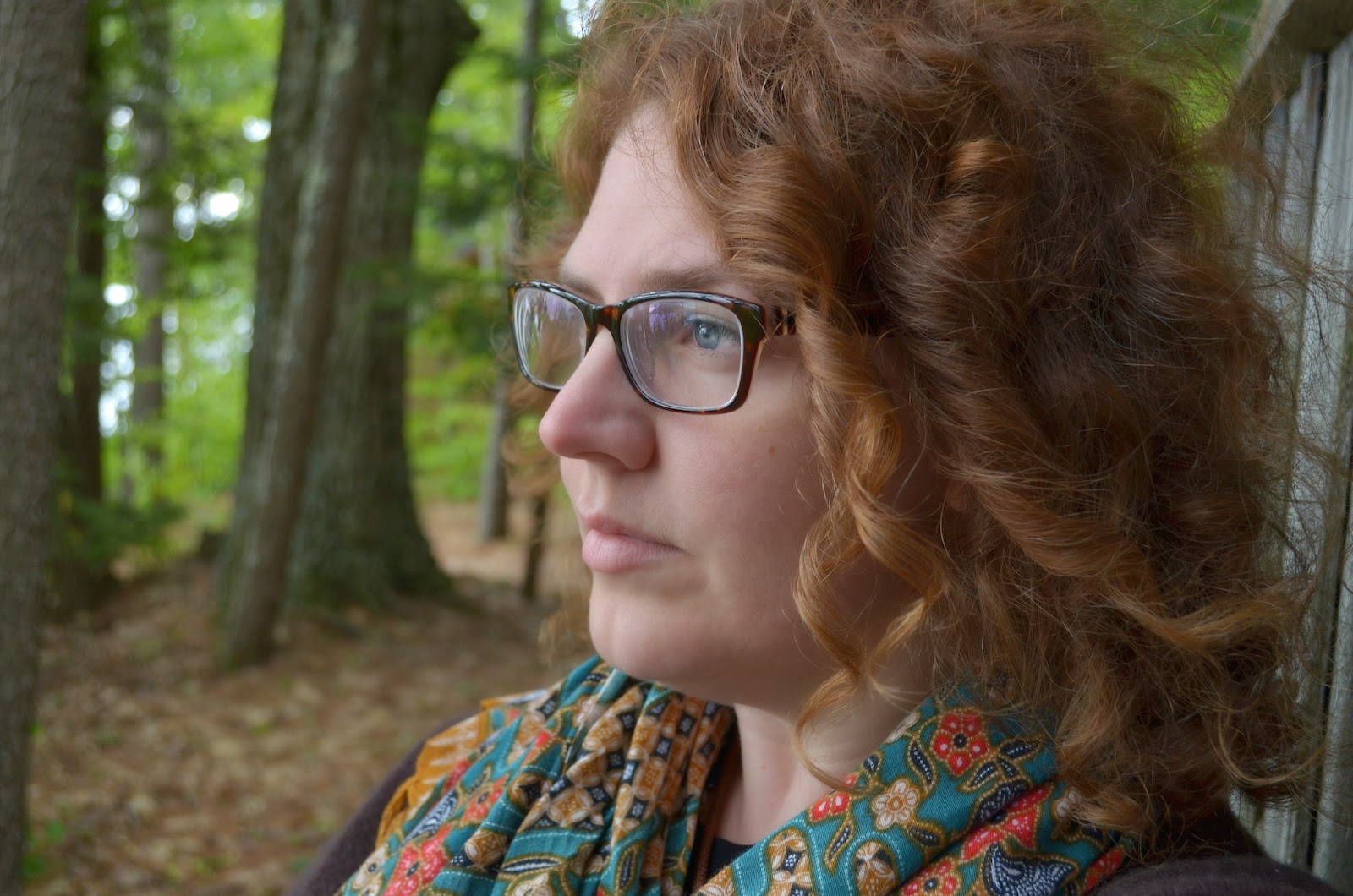 But my time at Squam Lake was not just about the setting. The art workshops, hosted each June and September on it's shore by Elizabeth Duvuvier, are the reason for the season. I took three classes during my five-day retreat. The first was a sewing class called Alternative Stitch taught by the ebullient, free-thinking Emily Falconbridge. On day two, I took an art and movement class called Love Layers, taught by the absurdly talented and gracious Flora Bowley. And on Saturday, I took a mini-workshop from the feisty, open-hearted Rachael Rice on creating Native American dream catchers. All three classes surprised me in some way. None of them adhered to my expectations, but rather ebbed and flowed according to the energy of the instructor and students.

Each morning, I would take the path from my cabin to the dining hall where I would eat a beautiful fresh meal with coffee. Then I would toddle off down some winding path to a designated gathering place where I would meet a new group of women. Then I would create something. It was simple and touching and so very needed. 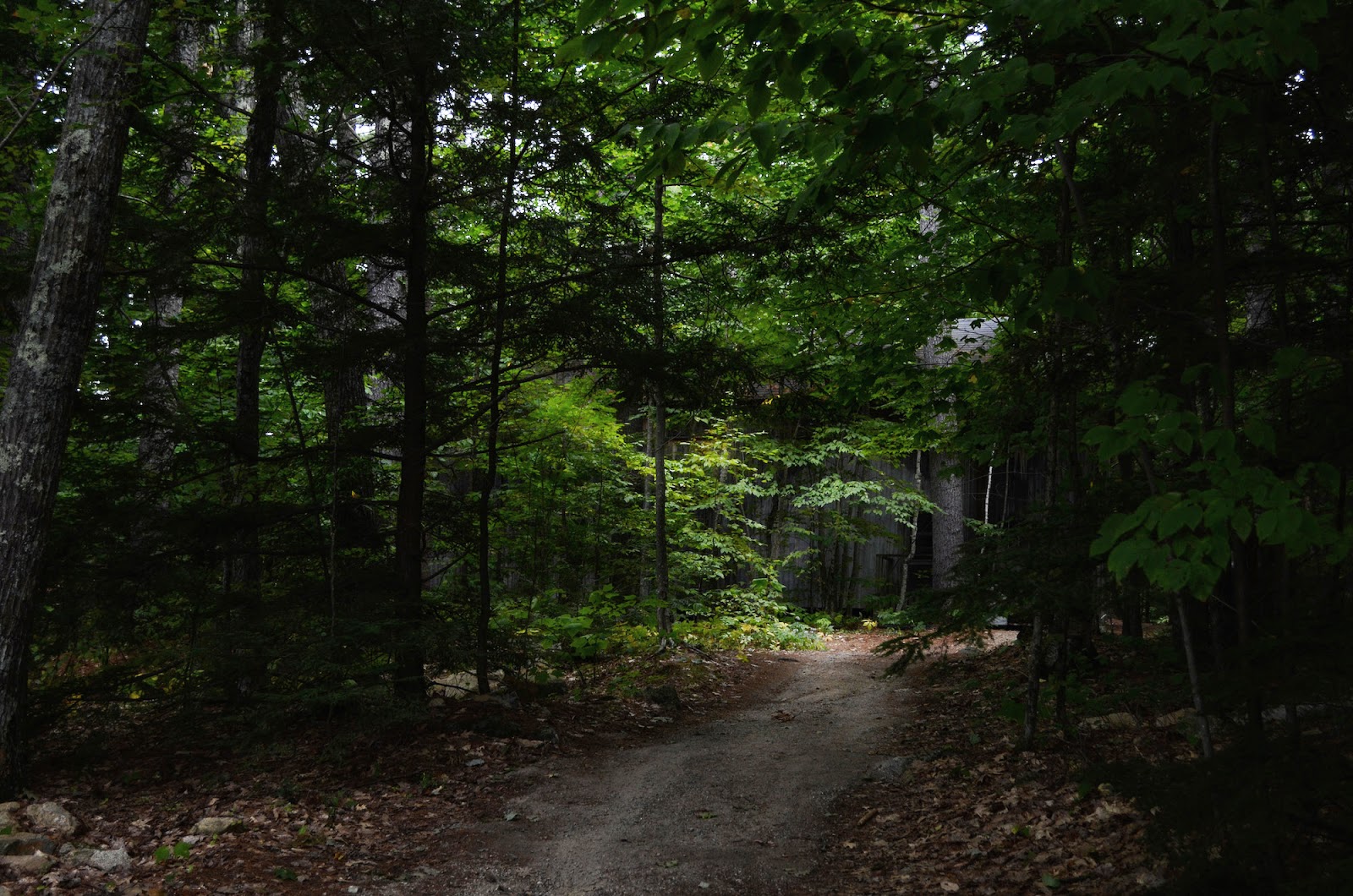 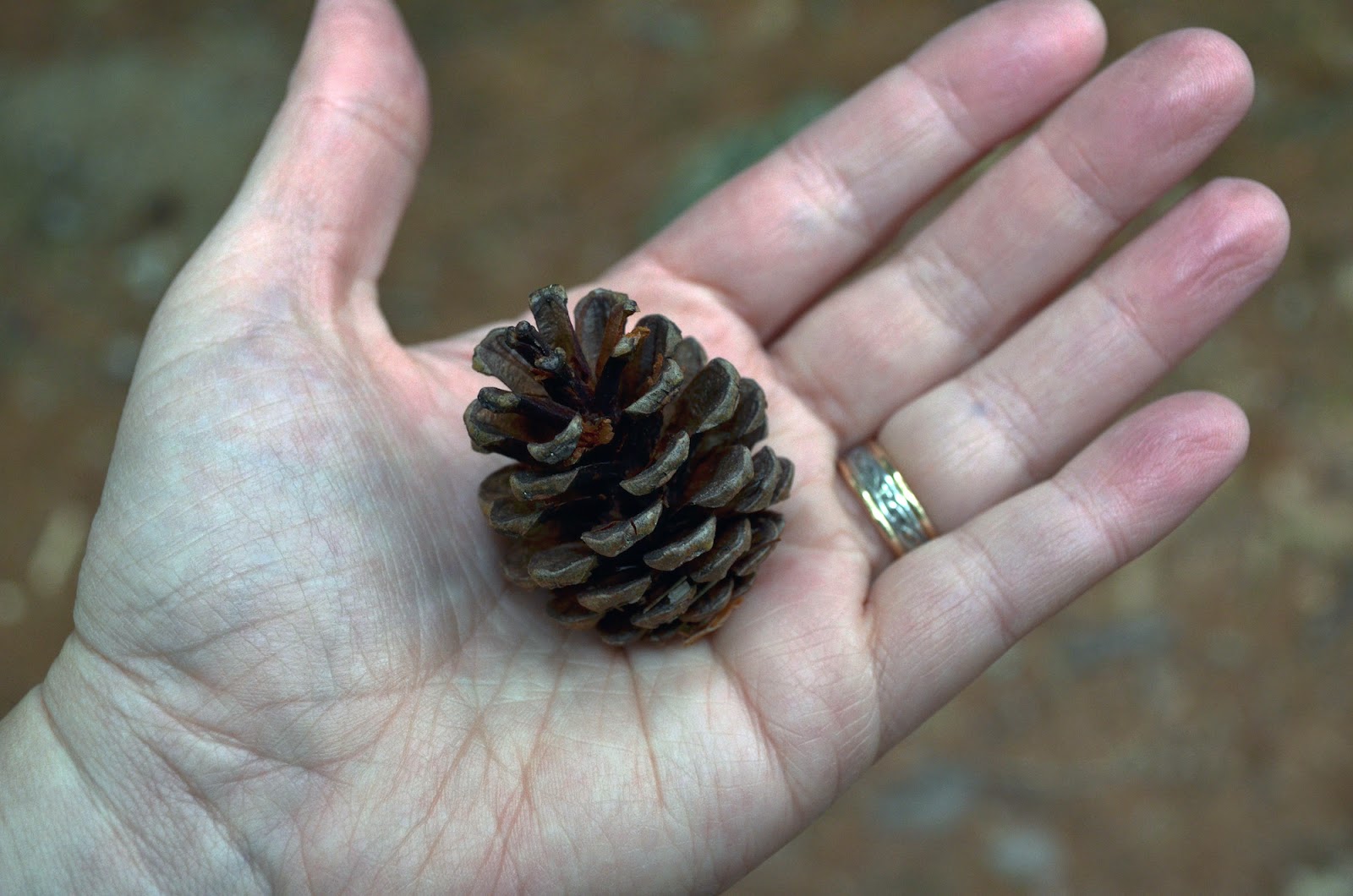 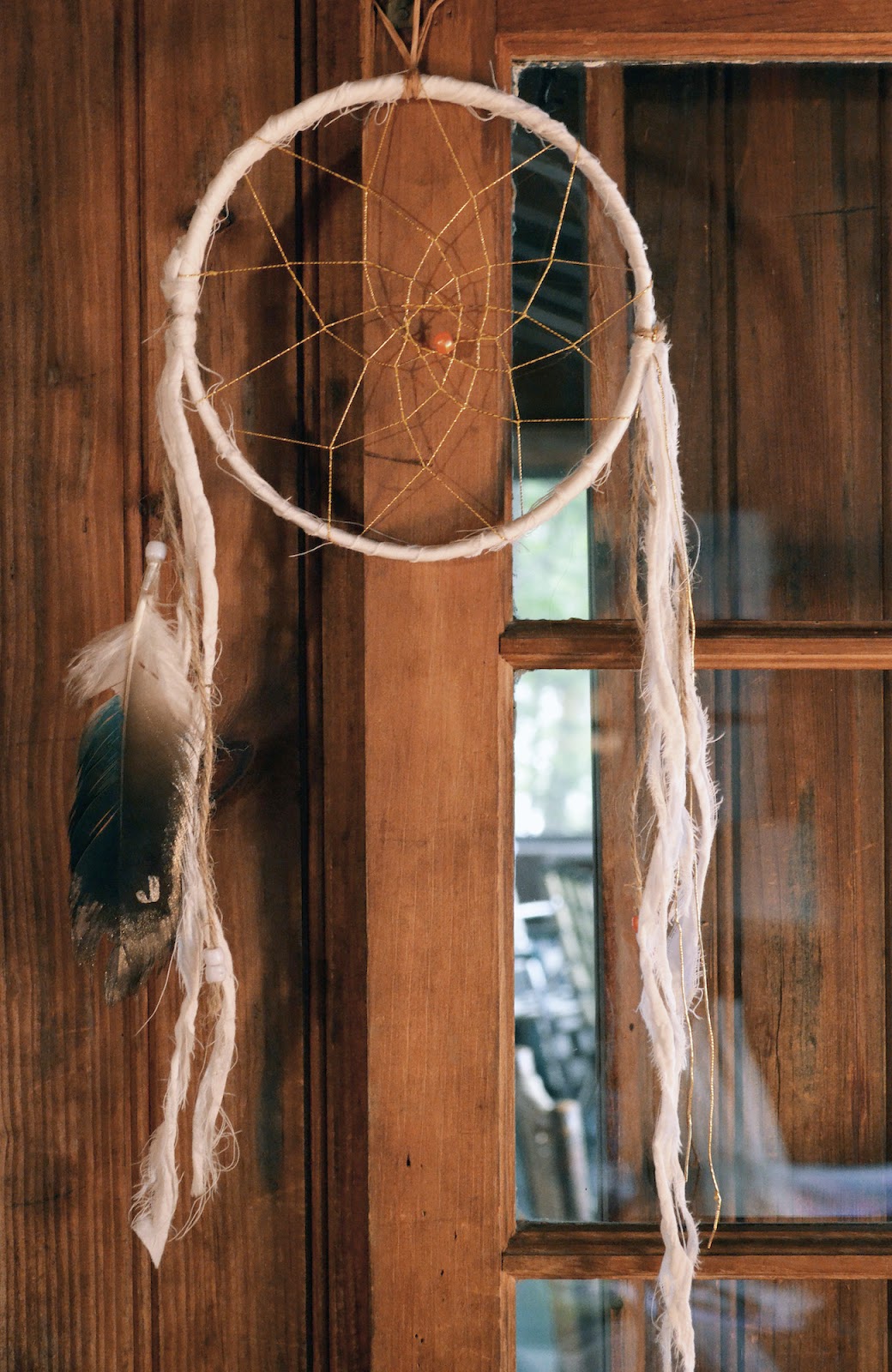 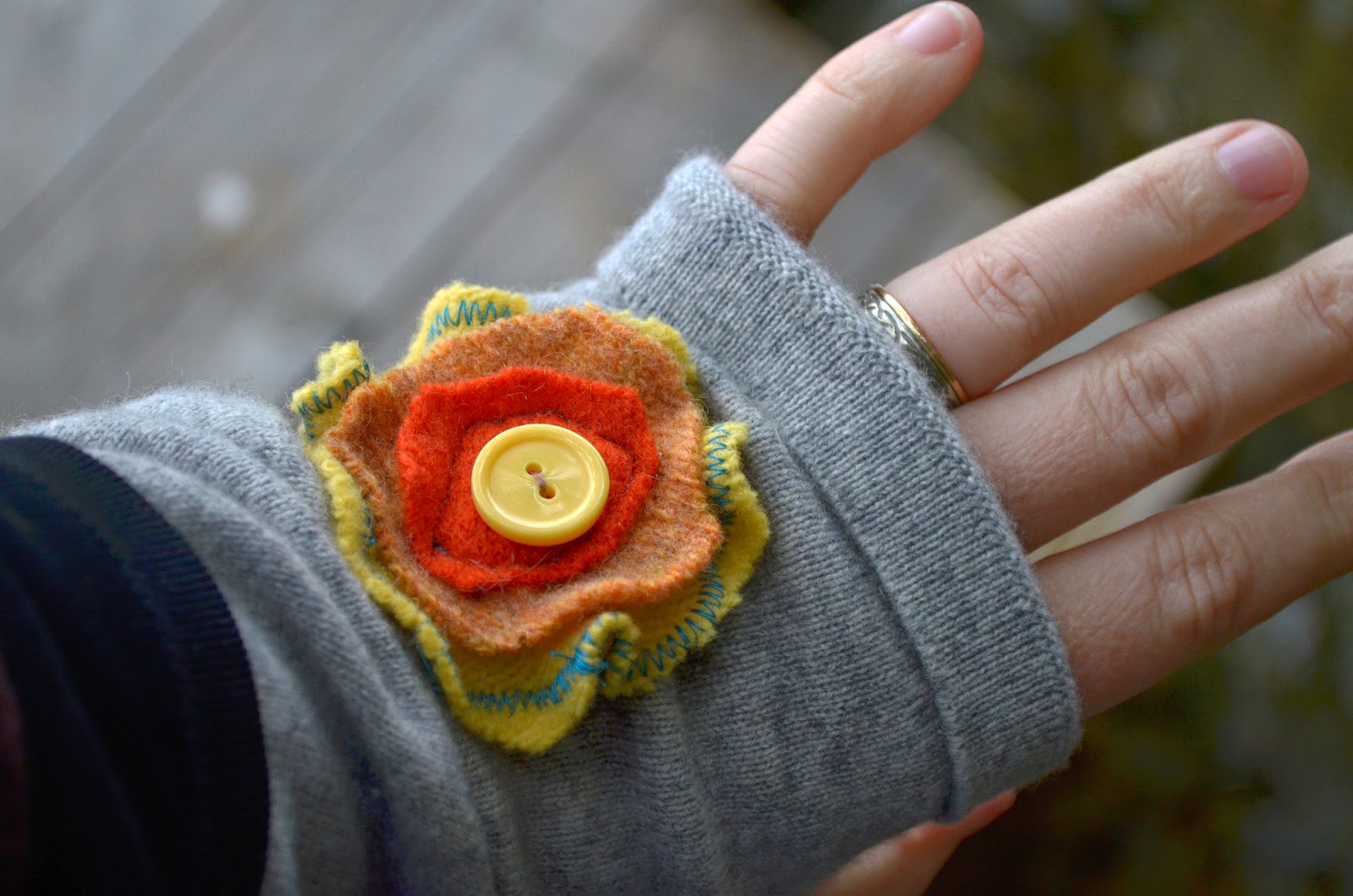 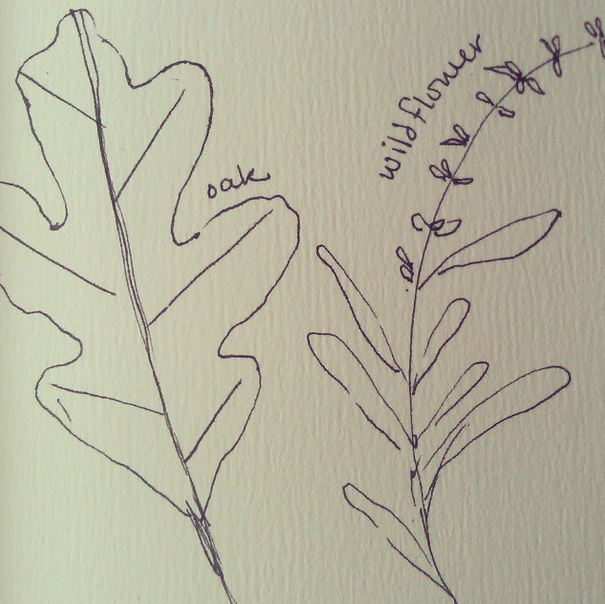 I have been looking forward to Flora Bowley's class since I first signed up in January. She usually teaches a class called Bloom True, but for Squam she embarked on a new class called Love Layers, which mixes movement and art. She kept telling us "it's not about the paintings". Initially, I had signed up for her class because I love her technique and she and I both work with acrylics. I wanted to work together with acrylics and watch her process. We did not use acrylics and we did not focus on the painting. It was a great zen lesson. Flora was more interested in the kinetic connection between our bodies and the act of making art. And after taking her class, I am too. Deep listening is tough work, but oh my, it is so rewarding. 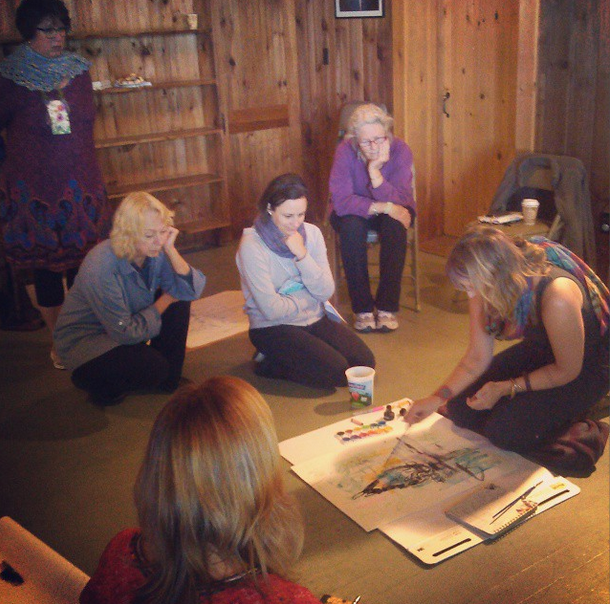 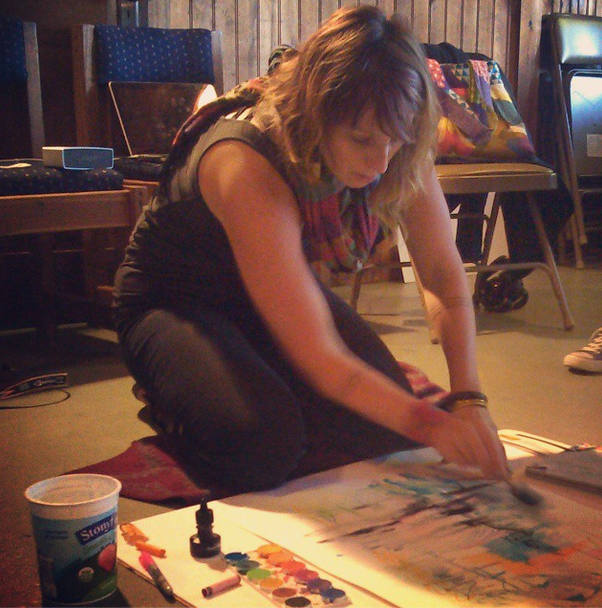 Here are two of my pieces from Flora's class (even though I know it's not about the paintings): 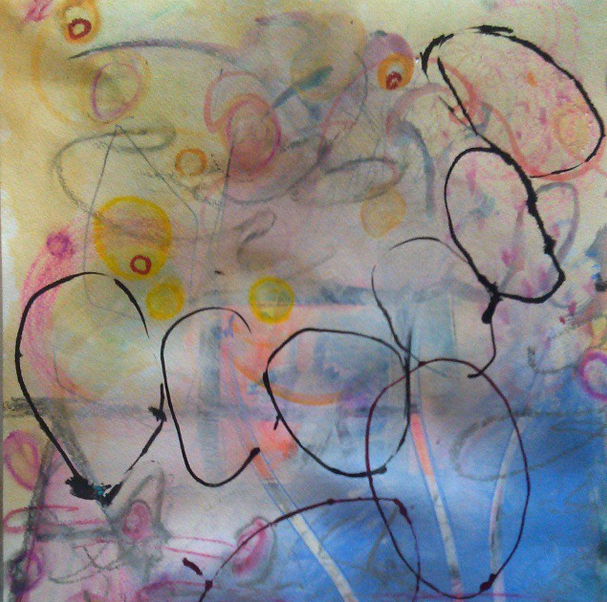 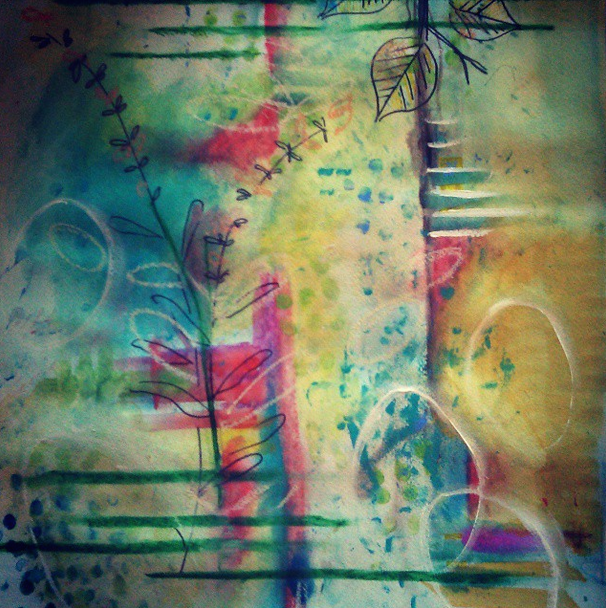 Now that I am home in Dallas, I miss the cool bite of the morning air in New Hampshire. I miss taking my coffee down to the dock and listening for Loons. I miss the beautiful, spirited women who were teaching and taking classes. I miss my lovely cabin mates. I miss having the wide, open, unadulterated space to make friends with my sadness. Grieving at home in front of family and friends and neighbors and strangers is tricky. I don't want to scare or alienate anyone with my emotional state, but I also want my children to know that the only way around grief is through it. And while my broken heart feels a little hemmed in now that I'm back in Texas, I'm also deeply comforted being in the arms of my husband and sweet sons. 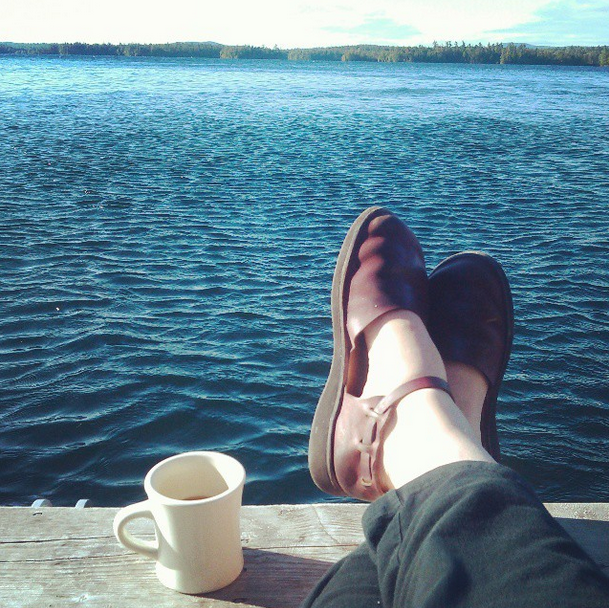 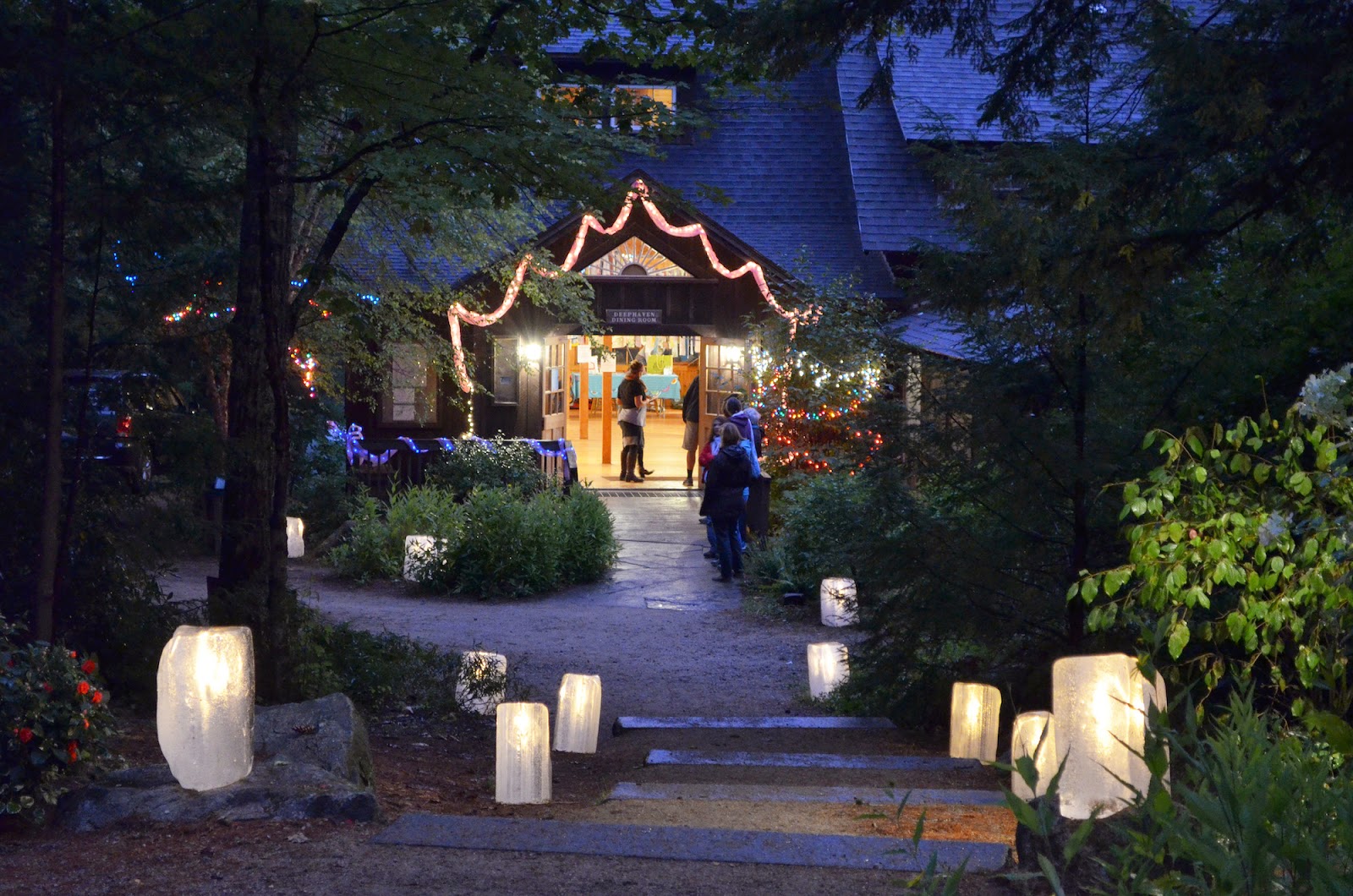 All things must end.
Decay is natural.
Love is eternal.
I am content. 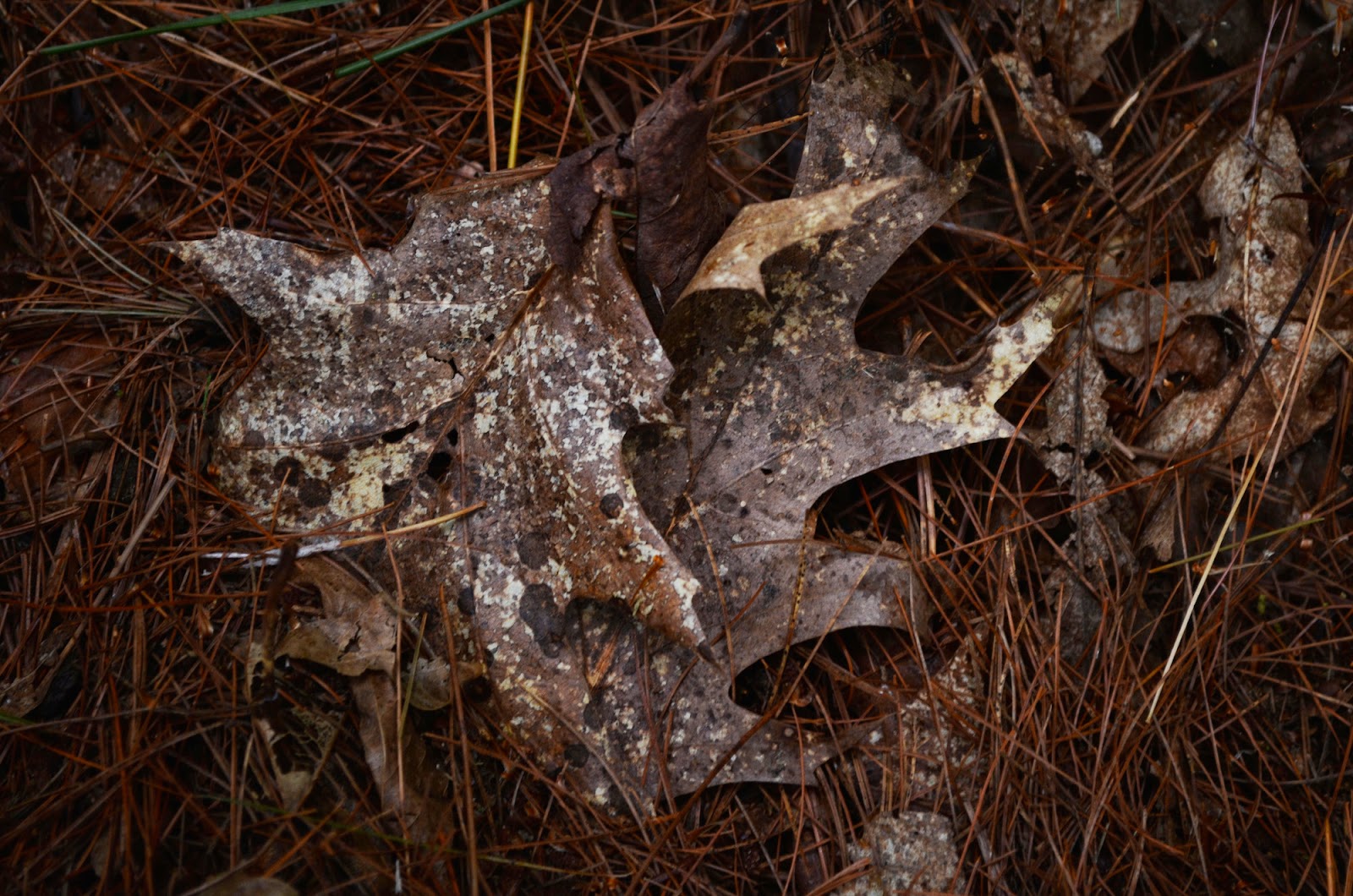 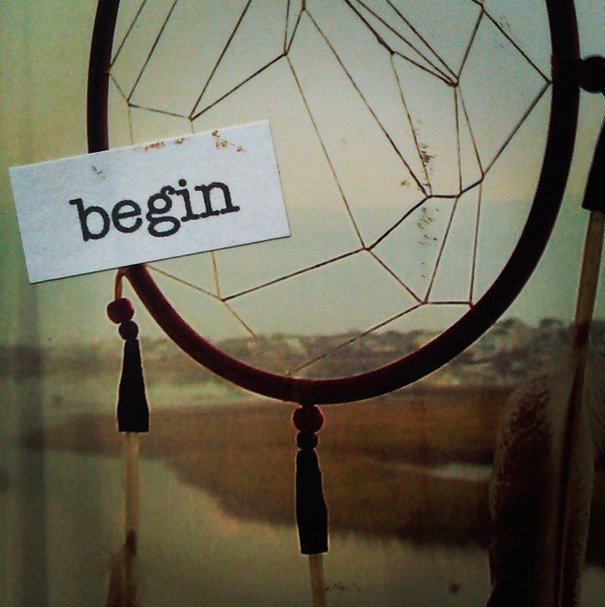 All photos by Sarah Greenman unless otherwise noted.

God Bless you Sarah and family. Hold tight to the MEMORIES. Joel is Home is The Lords loving arms. May Jesus give you comforting in this time of trials.Thanks for sharing. Take care and God Bless. Shelli

Loved to know that you enjoyed the workshop in such a blissful ambience. :)

I have always known you were a beautiful writer, but this was one of your best writings yet. You captured your soul, in this moment, so well and with such tenderness. Take good care of yourself.

This was my fifth time at Squam and I've read plenty of blog recaps after each retreat, so I think the compliment I am about to give you carries some weight: this is my FAVORITE collection of Squam photographs, ever. They capture the mood and spirit of the place just perfectly.

You are so talented and kind and wise and open hearted, Sarah. I feel so blessed to know you now IRL.

I like and enjoy all your posts but this one REALLY moved me deeply. Thank you.