Chicken Coop | Near the Finish Line


This week was a cold one here in Dallas with temperatures dipping into the mid-20's - highly unusual for this time of year. And for a newly minted chicken keeper, navigating a new coop and eight-week old pullets, the cold was worrisome. Luckily the coop did it's job and the chickens, while a little on the chilly side, were just fine.

I still have a little work to do on the coop. My friend and coop builder, James Curvan, is in the process of fashioning a cupola to go on the top of the coop. Hopefully we'll get that in place in the coming week. On my to-do list? I need to secure the coop perimeter with a little more hardware cloth (just for peace of mind against predators), patch some holes in my tin roof with a little roof tar, and caulk around a drafty window. But in the meantime, let's show you the new coop! 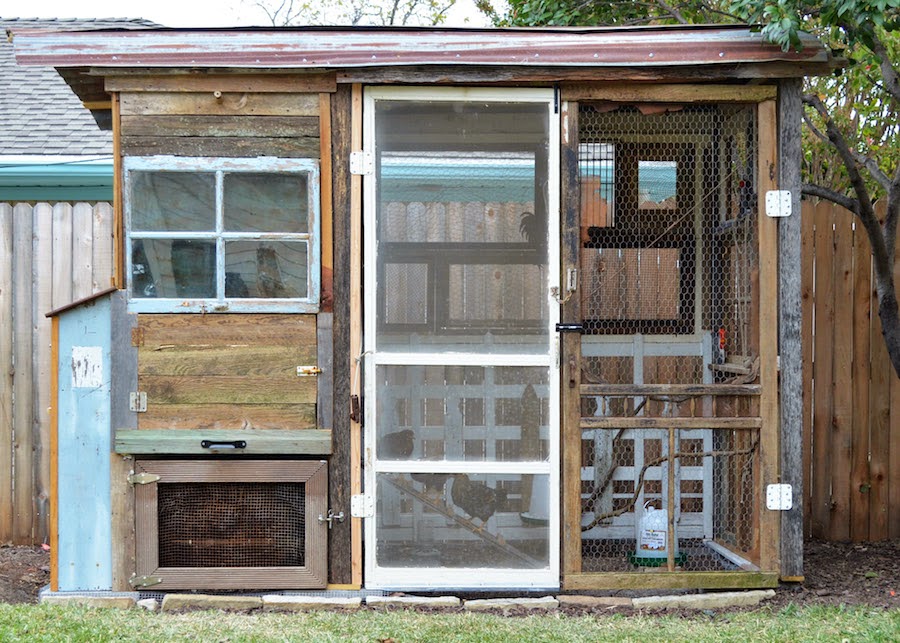 The base of the coop has hardware cloth running under ground about a foot to deter digging from predators. I also installed a large stone border for extra security. We had a little snowfall last night, but it's burning off pretty quickly today. 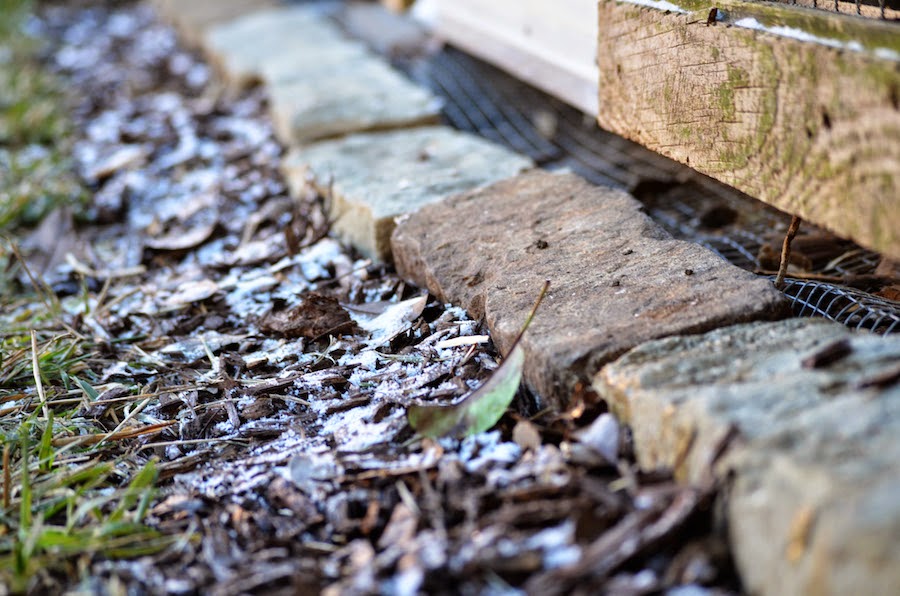 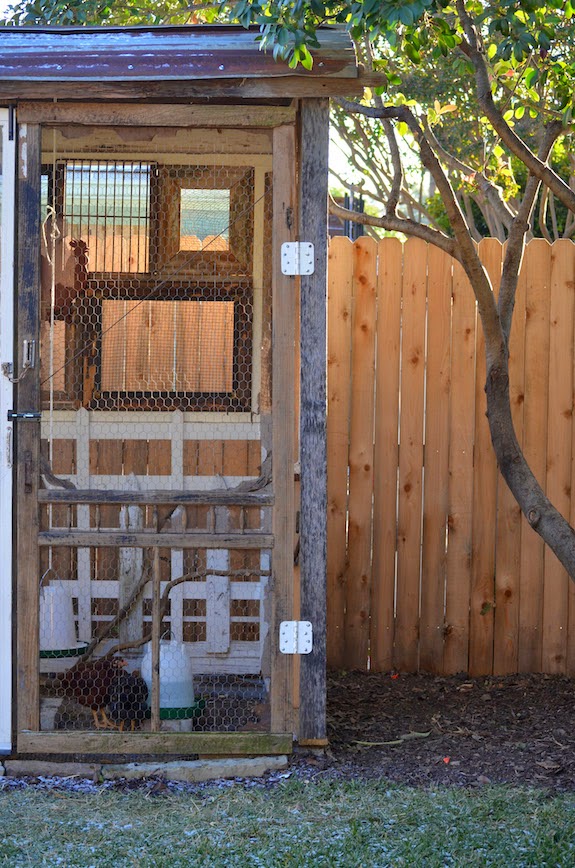 I was in need of a coop maintenance area, so I created one just to the right of the coop against the fence. The Ikea hooks were unused in a hall closet, so I relocated them out here. I backed the hooks with a length of reclaimed wood. The flagstones on the ground were salvaged from a neighbors patio remodel. This little spot keeps all the chicken bedding, scratch and cleaning tools tidy and easily accessible. 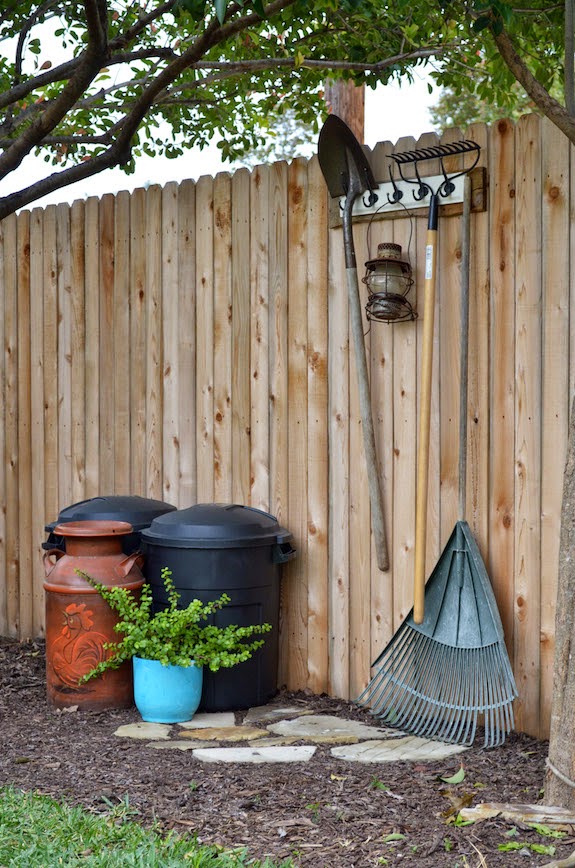 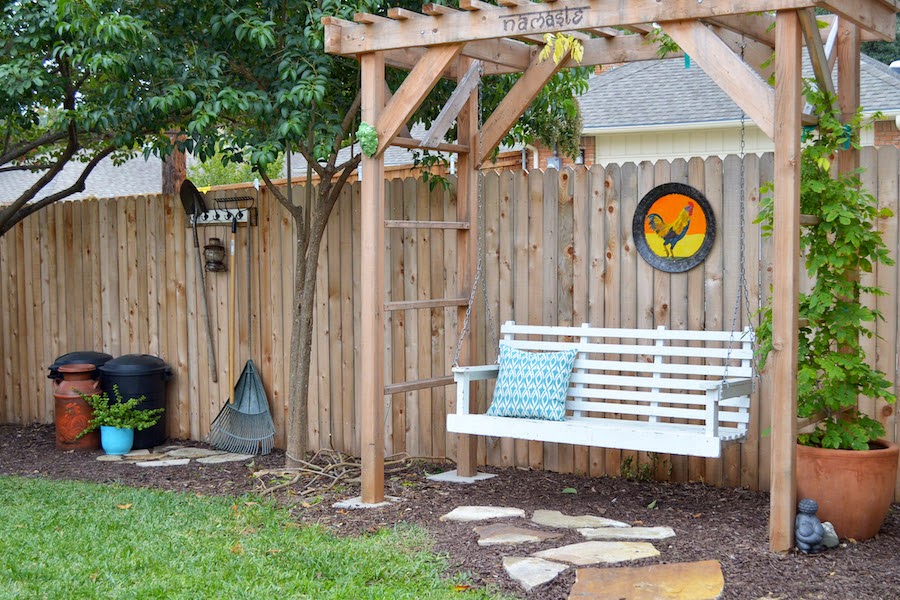 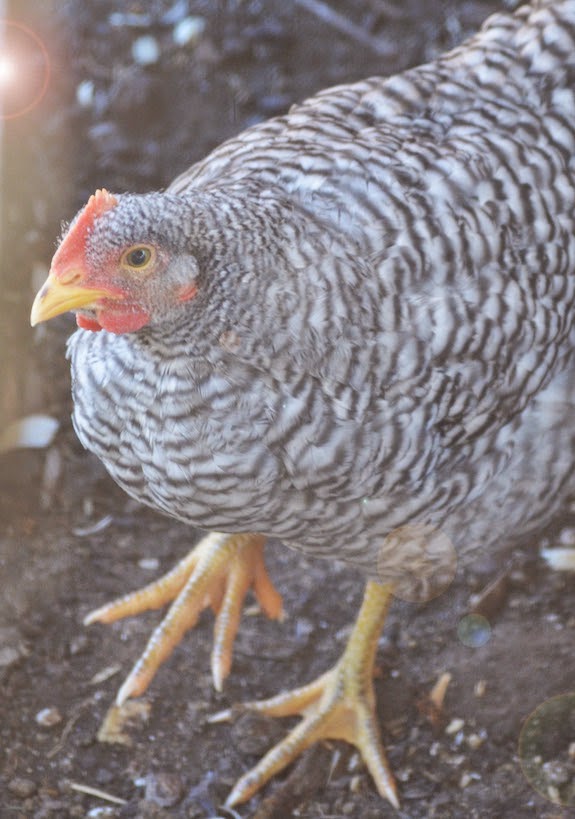 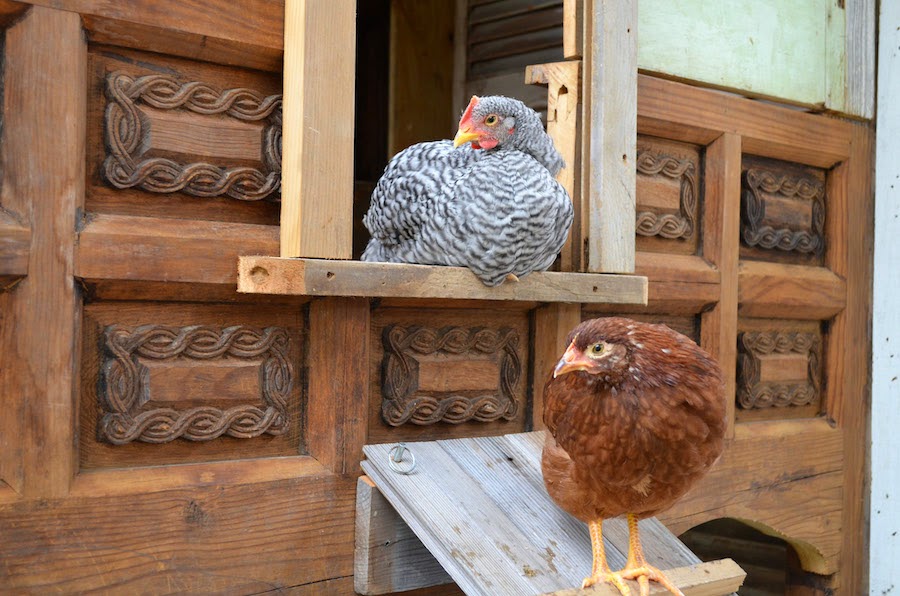 My other project this week was to harvest the rest of my tomatoes and basil before the freeze hit. We'll be eating lots of Italian food in the coming weeks! The arugula, swiss chard and dill took a little hit, but they're still hanging on. 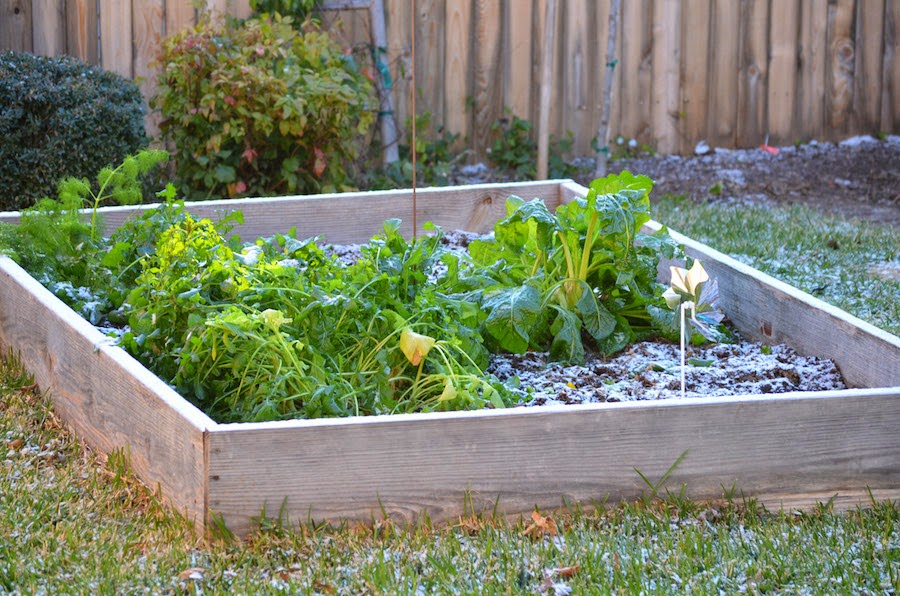 Since this year's garden was so successful, I'm getting greedy. This week, I built a second raised bed. It's a little smaller than the other, but will give me a bit more space in the spring! 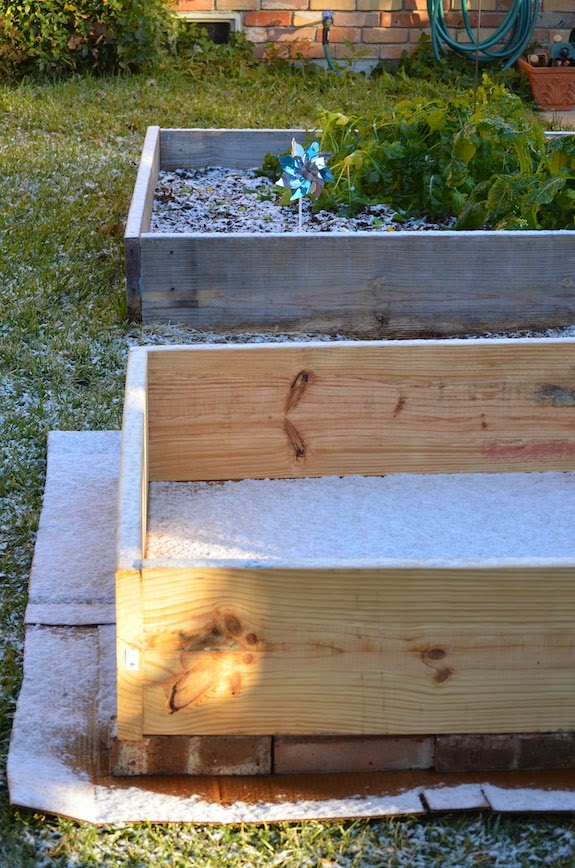 Wow! You have a little farm oasis right in your own back yard. Functional and lovely. Great job.

The chickens look so at home in the coop! Fabulous structure. Every time you post a photo I see something new in the building. Hope the weather warms up a little soon!!!!

Your backyard looks wonderful. You mentioned in another post that you will share more about the Wabi Sabi coop. Hope you will do that and give more details. Looks like you used old doors, or panels, and fun found objects. Your friend did an amazing job with it and I want to know more! Pretty please!

Yes yes yes I will, Emily!

Thank you! I must share all of this with my farm girl friend!